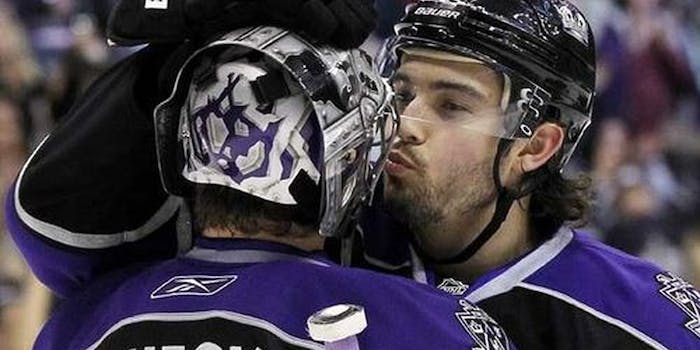 Hey, Retta, this Tumblr is teaching you all about hockey

It's Retta's role as a TV fan, not a character, that's turned the comedian into the Web's most desirable critic—for everything from teen dramas to opera. And now hockey.

You may know Retta from her role as Donna in NBC’s Parks and Recreation. But it’s her role as a TV fan, not a character, that’s turned the comedian into the Web’s most desirable critic—for everything from teen dramas to opera. And now hockey.

Retta has a 124,000-strong Twitter following. Her livetweeting of TV shows like Downton Abbey and The Vampire Diaries has proven so popular that now people seem to want her to livetweet everything. As soon as she mentioned on Conan that she was into classical music, the L.A. Opera and New York Philharmonic were duking it out over who would get Retta to come to one of their shows.

As it turns out, Retta’s fanbase doesn’t just stretch from Parks and Rec viewers to fans of Puccini—it includes sports enthusiasts as well. After suggesting that she’d be up for live-tweeting a hockey game with the L.A. Kings—despite the fact that she knows nothing about hockey—Kings fan Chanelle Berlin decided to step up and teach Retta everything she needed to know. 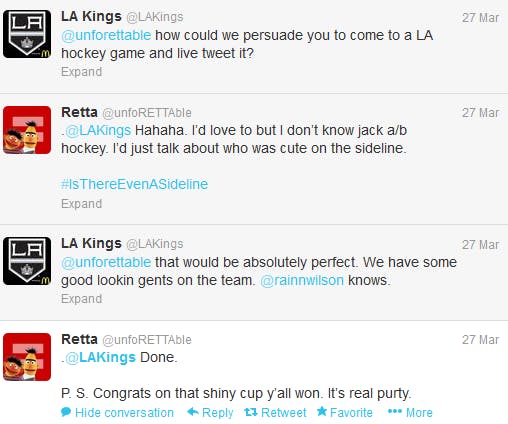 Starting each post with a friendly “Hey, Retta,” Chanelle Berlin’s Tumblr helparettaout is working towards giving Retta all the L.A. Kings–related knowledge she could possibly want. It’s also a pretty great beginner’s guide to hockey in general.

Feeling the need for an explanation of the shortened hockey season, using GIFs from Twelve Angry Men? Helparettaout has that covered. Curious about what all the colored lines on a hockey rink are supposed to mean? Helparettaout provides an explanation, illustrated with footage of a dude dressed as the L.A. Kings’ mascot, Bailey the Lion.

The Tumblr even includes some helpful behind-the-scenes info on players Retta might like. For example, L.A. Kings center Jeff Carter. Not only is he one half of a “notorious bromance” (described using quotes from Titanic, because why not?), but this is how helparettaout decides to introduce him:

“Hey Retta, Do you know that Dr. Seuss book “The Lorax”? Have you ever read it and thought—dang, if only that furry little environmentalist was over 6-feet tall and played hockey in California? Well, you don’t have to because Jeff Carter exists!!” 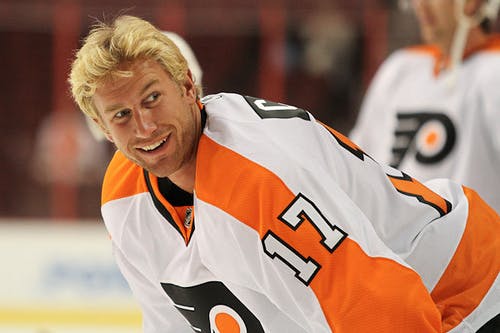 As for the other half of the bromance, that’s Mike Richards. As part of helparettaout’s plan to seduce Retta over to the side of the L.A. Kings using cute guys, he seems like a pretty smart choice. 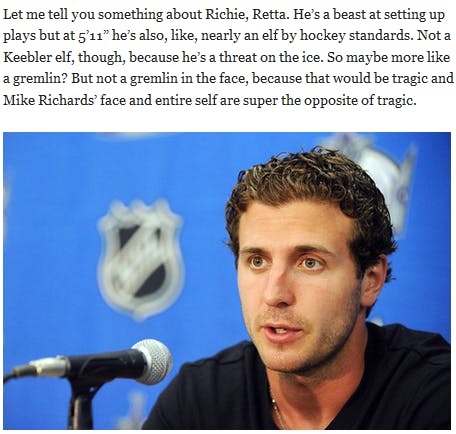 This strategy already seems to be working. Retta tweeted last week that she’s started to read the Tumblr.

At this point we’re not just hoping for Retta to live-tweet an L.A. Kings game, we’re thinking she and helparettaout should team up and provide a live-commentary double act.