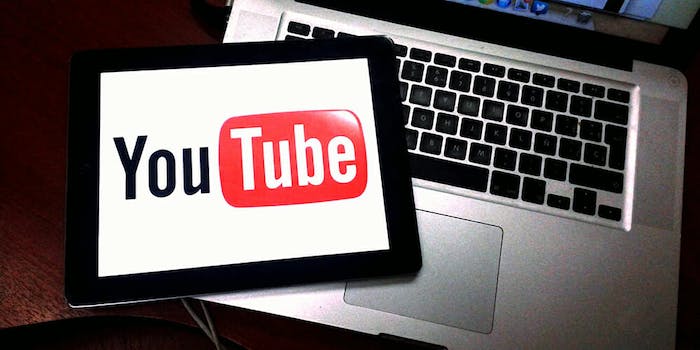 CNN reported Thursday that YouTube ran ads from 300 companies and organizations—including some of the biggest names in tech, retail, and news media—on “extremist” channels with topics like white nationalism, Nazism, pedophilia, conspiracies, and North Korean propaganda.

Adidas, Amazon, Cisco, Facebook, Hershey, Hilton, LinkedIn, Mozilla, Netflix, Nordstrom, and Under Armour were all named in CNN’s report as companies that had ads on the channels. Ads from the Washington Post and the New York Times reportedly ran on conspiracy theory channels. Ads from five U.S. government agencies, including the Department of Transportation and Centers for Disease Control, also appeared on extremist content.

Many of the companies said they were investigating how their ads ended up on channels with views conflicting with their company values. Under Armour suspended its advertising after CNN alerted the company that its ads were run on a white nationalist YouTube channel called “Wife With A Purpose.”

It’s not the first time the streaming company has come under fire for running ads on controversial videos. YouTube last year changed its monetization policies to more heavily regulate what content receives funding—to the chagrin of many content creators.

With stricter guidelines in place, it’s unclear how ads from hundreds of major companies and organizations still managed to run undetected on controversial channels. But YouTube will have to answer to its advertisers.

“When we find that ads mistakenly ran against content that doesn’t comply with our policies, we immediately remove those ads,” a YouTube spokesperson said. “We know that even when videos meet our advertiser friendly guidelines, not all videos will be appropriate for all brands. But we are committed to working with our advertisers and getting this right.”