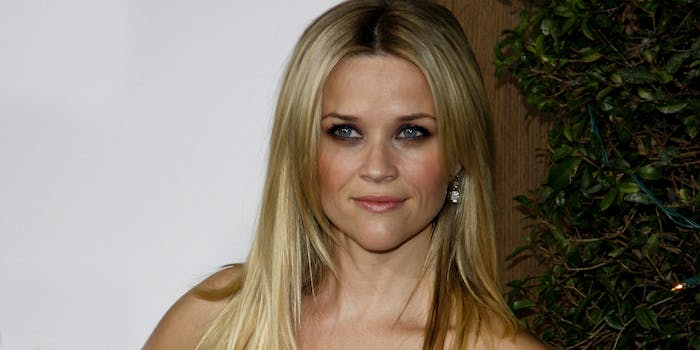 Reese Witherspoon says she was assaulted by a director at 16

'I wish that I could tell you that was an isolated incident in my career, but sadly it wasn’t.'

Reese Witherspoon and Jennifer Lawrence have added their voices to the chorus of people saying enough is enough with Hollywood’s systemic sexual harassment and assault problem.

At a Women in Hollywood event hosted by Elle at the Four Seasons Hotel in Beverly Hills Monday night, Witherspoon opened up about her own experiences with unwanted sexual contact in the industry. She revealed she was just 16 years old when a director first assaulted her.

“This has been a really hard week for women in Hollywood, for women all over the world, and a lot of situations and a lot of industries are forced to remember and relive a lot of ugly truths,” the Oscar winner said. “I have my own experiences that have come back to me very vividly and I find it really hard to sleep, hard to think, hard to communicate a lot of the feelings that I’ve been having about anxiety, honest, the guilt for not speaking up earlier.”

She went on to explain that she’d struggled in the past about whether or not to speak up. Advice from people in her camp lead her to keep quiet, but the louder the voices of other women in her industry grew, the more empowered she felt to share her own story.

“[I feel] true disgust at the director who assaulted me when I was 16 years old and anger at the agents and the producers who made me feel that silence was a condition of my employment,” she said. “And I wish that I could tell you that was an isolated incident in my career, but sadly it wasn’t. I’ve had multiple experiences of harassment and sexual assault and I don’t speak about them very often.

“But after hearing all the stories these past few days and hearing these brave women speak up tonight about things that we’re kind of told to sweep under the rug and not to talk about, it’s made me want to speak up and speak up loudly because I actually felt less alone this week than I have ever felt in my entire career.

“I have just spoken to so many actresses and writers, particularly women, who have had similar experiences and many of them have bravely gone public with their stories. That truth is very encouraging to me and everyone out there in the world because you can only heal by telling the truth.”

Jennifer Lawrence also used her time at the podium to speak about her experiences with sexual assault in the industry. She described a time when she was “just getting started,”  and was “told by producers of a film to lose 15 pounds in two weeks.” Then she was asked by a “female producer” to take part in a “nude line-up with about five women who were much, much, thinner than [her].”

“We stood side-by-side with only tape on covering our privates. After that degrading and humiliating line-up, the female producer told me I should use the naked photos of myself as inspiration for my diet,” said Lawrence.

Lawrence says that when she confronted another producer about the experience, he told her he “didn’t know why everyone thought [she] was so fat,” and told her she was “perfectly fuckable.”

“I let myself be treated a certain way because I felt I had to for my career,” Lawrence said. “I’m still learning that I don’t have to smile when a man makes me uncomfortable. Every human being should have the power to be treated with respect because they’re human.”

At the end of her speech, Witherspoon said she feels “really, really encouraged that there will be a new normal” for young women who may be entering the industry now because of the conversations that are happening this week.

“For the young women in this room, life is going to be different because we’re with you, we have your back and it makes me feel better,” she said. “It makes me so sad to talk about these issues, but I would be remiss not to.”