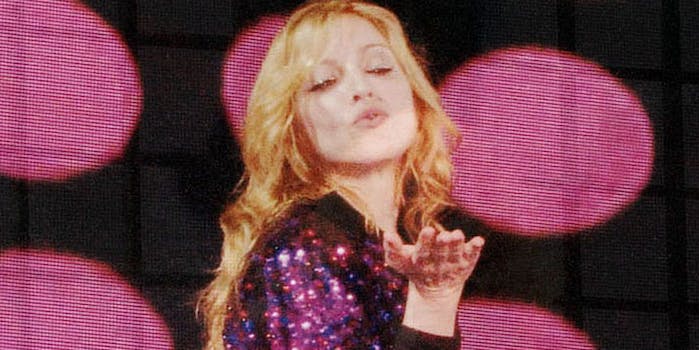 Pop’s most accomplished living star alternatingly flirted with and insulted redditors, and talked about how much she loves Daft Punk.

Madonna’s first live interview on Reddit might have been billed  “Ask Me (Almost) Anything,” but as has been the case for most of her career, there was very little left off limits.

Pop’s most accomplished living star flirted with redditors, insulted them, and talked about how much she loves Daft Punk and her penis-shaped bong.

1) Pharell Williams once said he suggested to Daft Punk that they should produce for you. Would you consider it? (]ehrgeiz91)

I would love to work with Daft Punk. just waiting for them to return my call

2) Where should I put these hydrangeas? (goldburp)

3) “American Life” was an unfairly maligned album and many of you fans rank it as one of your best. What do you think critics and casual listeners “didn’t get” about that album? (swb377)

4) You’re coming over for dinner. What the hell do I make? (MrFishpaw)

make me a dirty martini

6) Throughout your career you’ve taken a stand against homophobia, sexism, ageism etc. but what current issues drive you to voice your opinion creatively ? (bazayer)

Censoring of artists, around the world. Censorship – for instance Pussy Riot.

8) Madonna I want to apologize for booing at your concert oct 16th 2008. You mentioned Obama and I booed . I have felt bad for years after. (davidsmom9310)

9) What is the best present you got for Your B-day? (MichelleCiccone)

i got a bong in the shape of a penis