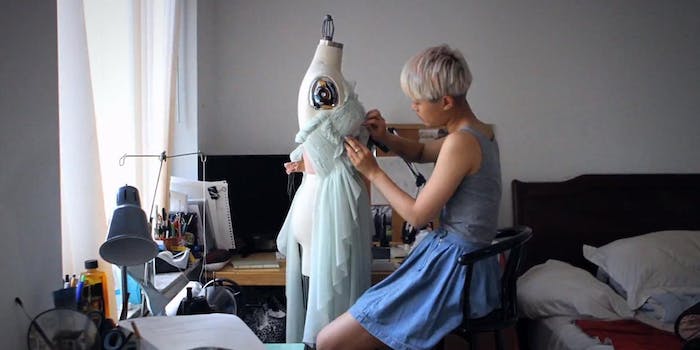 Four years ago, Yvonne Luong couldn’t sew to save her life. Today, thanks to the support of the Reddit community, she is an aspiring designer who has made more than seven dresses and has won Elle Magazine’s Fashion Next People’s Choice Award. Her latest step on the path to worldwide fame: a starring role in an American Express commercial.

Yvonne first got noticed on Reddit 10 months ago when she posted a photo on r/pics of a dress she made for her younger sisters prom.

“The reason I even attempted the dress was because just the week before when I literally felt like I was at my lowest point, she did something really selfless for me so I decided the least I could do was just try,” Luong wrote.

Luong’s post ended up catching American Express’s attention, which contacted her to be part of its Passion Project campaign. The result was the following commercial which has been viewed 107,000 times on YouTube since July 25.