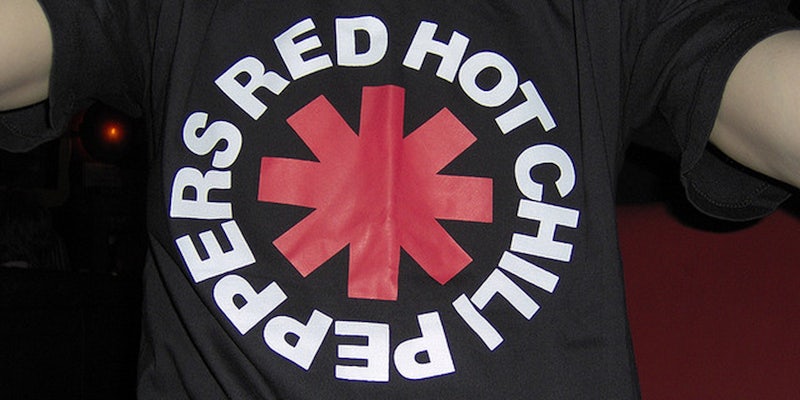 You can really feel the bass slap in your zing-a-zing-a-ding-a-ding-dang-dang.

A site appeared out of nowhere today. Simply titled RHCP 2014, it featured the Red Hot Chili Peppers, Dodge Durango, and Pepsi logos and promoted the band’s upcoming Super Bowl appearance on Sunday. A song automatically plays when you click on the site, and at first it sounds like a legit Red Hot Chili Peppers song, but then it gets really, awfully bad. But not out of the realm of possibility. After the second repeat, you still don’t know… wait, could it actually be a new Chili Peppers song? No way. Is it? No. Wait, is it?

The song is called “Abracadabralifornia,” and it features all the trademarks of the aging group’s limp take on funk-rock-punk-rap. Twitter was immediately on it, though, and pointed to an episode of Comedy Bang! Bang! from March 2013, in which comedians Jon Daly and Zach Galifianakis discuss being “Pepperheads” and “Pepper Men,” and around the 24-minute mark, Daly breaks into a bit of the song.

The website’s domain apparently belongs to a man named Cyrus Ghahremani, whose personal website features other questionable music, and who is in a band called Hot Karate. It’s rumored Daly is responsible for the vocals, though people have been pointing fingers at Ghahremani as well. Either way, this song is a thing of beauty, and the production value is exceptional; you can really feel the bass slap in your zing-a-zing-a-ding-a-ding-dang-dang. Parody of the year.

Also, please go back and listen to the whole “Pepper Man” episode.