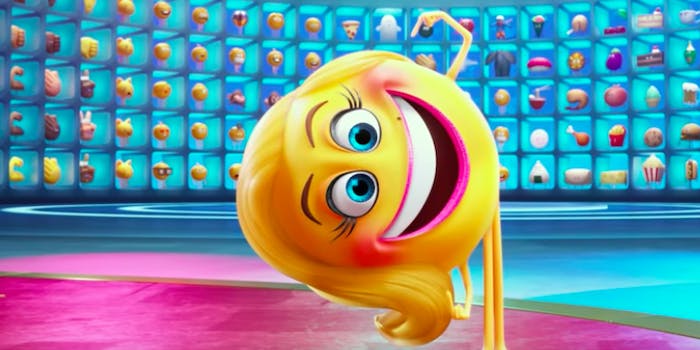 ‘The Emoji Movie’ cleans up at the Razzie Awards

Its trilogy of awards is the real hat trick.

The Oscars are Sunday, which means now is the best time to passionately debate the merits of pop stars-turned-war heroes and well-endowed fish-men. But as you wait to see which films the Academy deems the best of the year, you can whet your appetite with the results from Friday night’s Golden Raspberry Awards—Razzies for short—where The Emoji Movie cleaned up the coveted trilogy of worst screenplay, worst director, and worst film.

The success of The Emoji Movie shouldn’t be surprising, especially since it originally debuted with a 0 percent rating on Rotten Tomatoes (it’s currently at 9 percent).

The film—which stars James Corden, Anna Faris, Christina Aguilera, Sofía Vergara, and many more—faced steep competition this year from terrible sequels and big-budget reboots that predictably hemorrhaged money. For example: Fifty Shades Darker, Baywatch, and The Mummy all won awards Friday night, while the extremely divisive mother! and the not-so-divisive at all Pirates of the Caribbean: Dead Men Tell No Tales went home empty-handed.

RAZZIE/ROTTEN TOMATOES AWARD: THE RAZZIE NOMINEE SO BAD YOU LOVED IT!: Baywatch