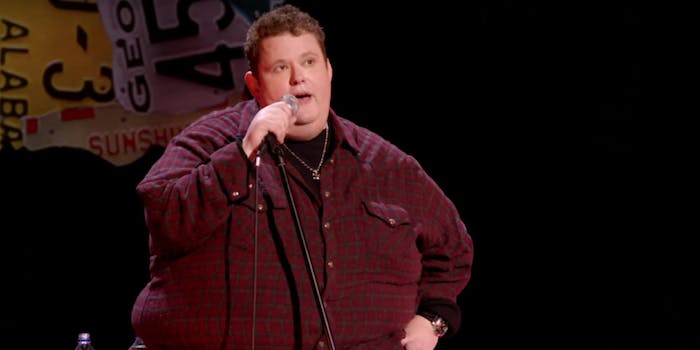 Comedian Ralphie May dead at 45

The 'Last Comic Standing' star was found on Friday.

Ralphie May has passed away at the age of 45.

According to TMZ, the comedian was found Friday morning at a private residence in Las Vegas. May died of cardiac arrest and had been battling pneumonia for the last six weeks, which had resulted in several canceled gigs. His final gig was at Harrah’s on Thursday night.

May’s profile rose after coming in second on 2003’s Last Comic Standing. He released his first comedy album in 2005; his last specials, Unruly and Imperfectly Yours, are on Netflix.

He leaves behind two children.

Thank you, Ralphie May. You were a world-class comedian. pic.twitter.com/TGWpRcyQGH

Ralphie May. Dammit. You were a funny and sweet mofo man. Rest In Peace.

Whoa… man.. this sucks. Ralphie was a good guy & a very funny person. Condolences to his family & fans. https://t.co/M9s6bneAeA