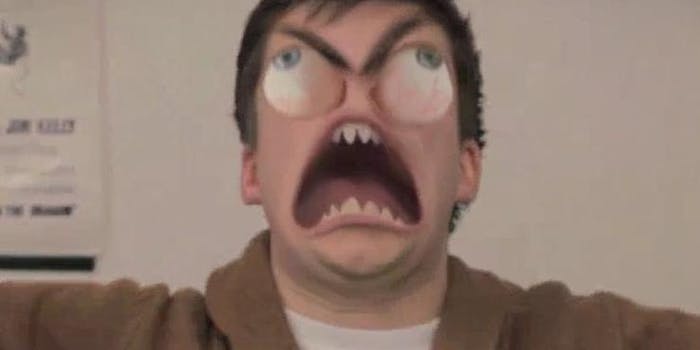 When rage comics get real

Here's a creative video from the comedy troupe PistolShrimps worthy of the rage comic Le Coffee.

Rage comics are crudely drawn stuck figures started on image board 4chan in 2008 as a way to represent equally crude emotions.

Since then, the comics have spread around the Web, been turned into animations, used in classrooms, and featured on TV.

Now the popular comics can be seen on people’s faces in real life—sort of.

In a new video, called “Rage Comics – In Real Life,” YouTube comedy troupe PistolShrimps uses some clever special effects to show what Rage Comic emotions, such as troll face, me gusta, and epic win, would look like on a real person.

The Daily Dot has reached out to PistolShrimps for a comment and is making this face while we wait.