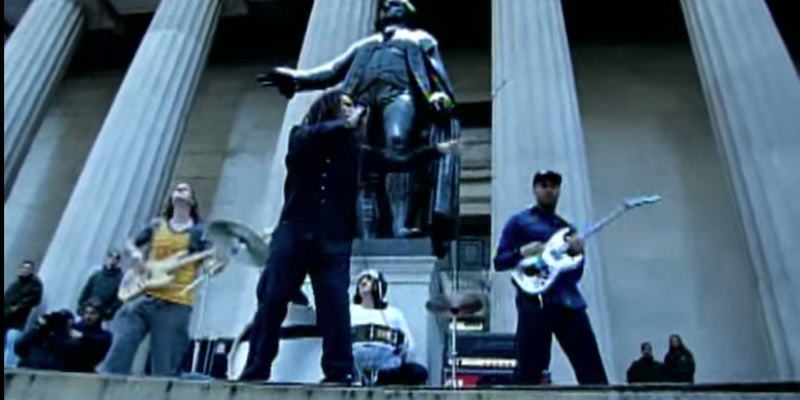 Rage Against the Machine actually predicted Trump’s presidency in 2000

The Simpsons predicted Donald Trump’s presidency 16 years ago as a “warning” to America, but Rage Against the Machine actually beat the show to the punch.

If you watch the band’s video for “Sleep Now in the Fire” closely, you’ll see a man holding up a sign that reads “Donald Trump for President 2000.” 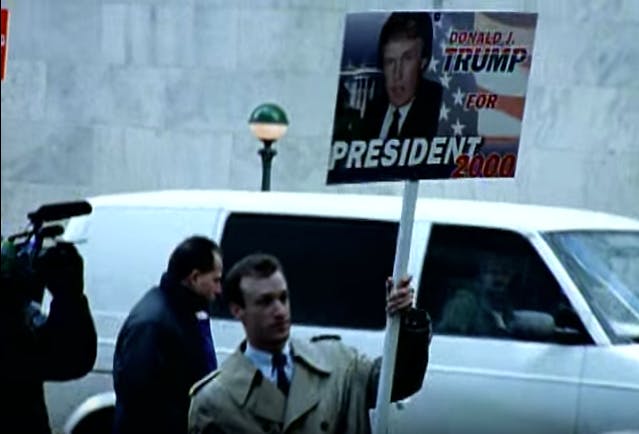 Rage Against the Machine

Michael Moore famously directed the music video in January 2000, three months before the Simpsons episode aired. It was a guerrilla film shoot, staged on the steps of Federal Hall in downtown Manhattan, a fitting backdrop for a protest song that explicitly attacks American greed.

An altercation ensued when the band and crew attempted to walk into the New York Stock Exchange, which made for some compelling footage.

Moore has continued to crusade against Trump. After the election, he laid out a five-point to-do list for Democrats to reclaim their party and American politics.