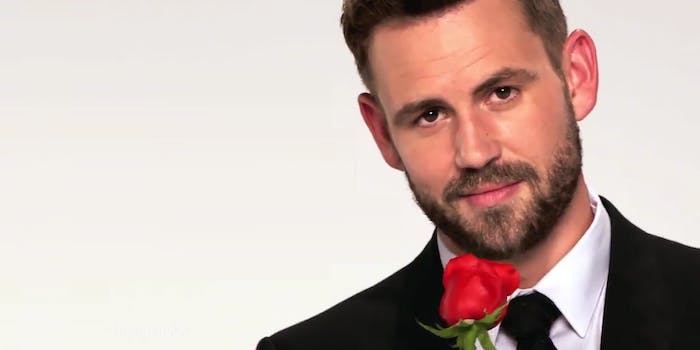 After 12 seasons, Rachel Lindsay will be first black lead on ‘The Bachelorette’

After ample social media rumors and heavy speculation, it’s been confirmed: Rachel Lindsay will be cast as season 13’s The Bachelorette.

The announcement was made on Jimmy Kimmel Live late Monday evening, with Chris Harrison building up to the news before Lindsay graced the stage. She will be the first ever black lead in The Bachelor and The Bachelorette franchise, which has reigned a span of over 33 seasons.

The controversy lies in the fact that the announcement comes way before this season’s last rose ceremony, where Lindsay stands as one of the last four girls fighting to win Nick Viall’s heart in this season’s The Bachelor. Their romantic date in the Bahamas seemed to go well, but now, it’s clear that their relationship is soon to go awry.

“This is a bit of a spoiler,” Kimmel jokes to Lindsay. “You’re still on the show.”

The 31-year-old Dallas lawyer explains that the show has already begun filming for her season, and that she is “ready to find love” and a husband.

The announcement may come as a an unprecedented surprise (and annoyance) for some, but for the last couple of weeks, the show’s creator Mike Fleiss has been teasing the news via Twitter.

This history-making, historic announcement could be the most-historic in the history of #thebachelor !!!

Very happy about the overwhelming support for our new #TheBachelorette !!!

The internet has lost its mind in both praise and regret of the spoiler-laced announcement. However, it’s obvious that Lindsay is a contestant favorite, as watchers remain ecstatic over the new leading lady.

now I'm completely uninvested in seeing Nick and Rachel's relationship unfold and I was loving it! Spoilers are the worst boo

And even past contestants are leaving some love for Lindsay:

After this good news, we can now stay hopeful for the return of Dolphin Girl.