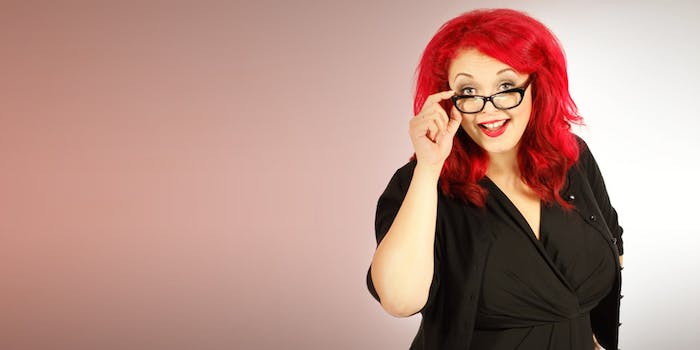 The host of Showtime's 'Sex With Sunny Megatron' on this taboo fetish.

One of the more taboo fetishes in the kink-o-sphere, race play is essentially a form of roleplay, in which painful and often degrading racial tropes are exploited for the purposes of sexual gratification. Popular examples of racialized role plays include a master tying up a slave in the nineteenth century American South, or a German prison camp guard hurling epithets at a Jewish prisoner. In reality, these situations would be horrifying to experience. But for those interested in race play, they’re a huge turn-on in the bedroom, and can even serve as a vehicle for psychological catharsis.

Race play is extremely controversial, and with good reason: If you’ve been a victim of racism your entire life, it’s completely understandable why you wouldn’t want to relive such trauma in the bedroom. But Sunny Megatron, the host of Showtime’s Sex With Sunny Megatron (Thursdays, 11pm ET) says that it doesn’t have to be damaging: On the contrary, some consider race play a way to explore their sexuality, while simultaneously using it as a coping mechanism to help heal long-felt wounds. The Daily Dot reached out to Megatron to learn more about race play, and other sexual fetishes she explores on her series. 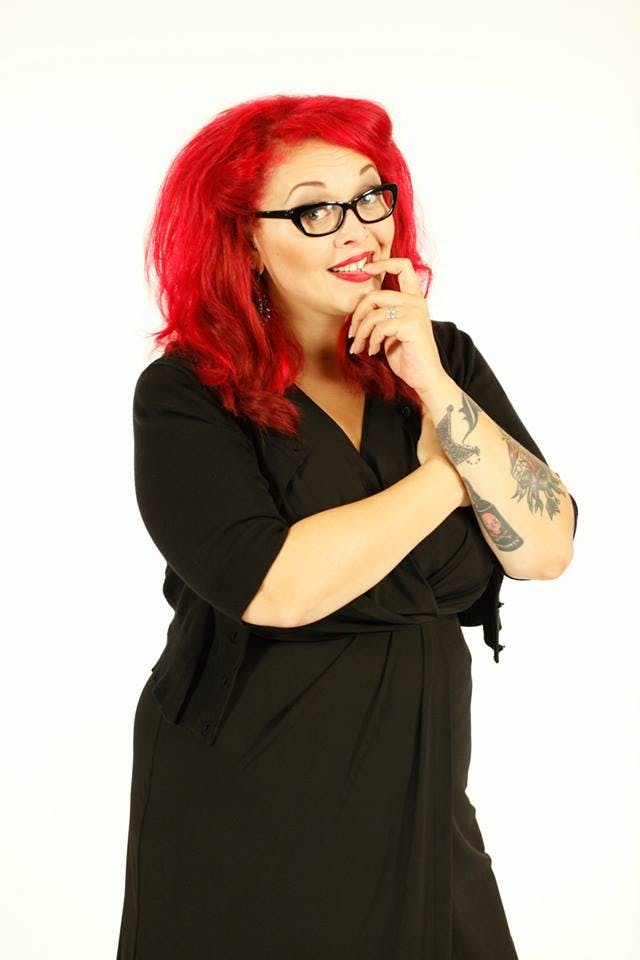 Can you explain exactly what race play is?

Why do you think people are so uncomfortable with it?

What kinds of dynamics or scenarios are most common in race play?

It can be most anything. Usually, people think of it as a “black/white” issue, or “master/slave,” but it could be “Jew/Nazi,” “Israeli/Palestinian,” “black/Korean,” “light-skinned black person” and “dark-skinned black person.” There’s a whole range of different scenarios. The ones I see most often are probably Nazi play and black/white play.

Yeah, I mean, I’m Jewish, and I gotta say, the second I heard “Jew/Nazi,” I was kinda like, “Yeah, I could totally see how someone could get into that,” but I don’t know why. Like, I’m not comfortable with the fact that I’m a little turned on to that.

That’s the part of exploring taboos that is so titillating and also so confusing. Sometimes, it’s the deepest, darkest, wrongest thing that turns us on, and we don’t know why. So the question becomes, “Well, do we really have to know why? How much do we have to examine it versus enjoy it?” Sometimes your brain and body want what they want, whether you can explain it or not, and there are a lot of reasons why people would enjoy race play. Some are like, “It’s hot. I don’t know why. I feel weird about it, but it’s hot.” And then there are people who are like, “This is something I deal with in my everyday life, and I can’t explore it in my day-to-day life. But now that I’m exploring it in a play sense, I can dive into those taboo things that I’m not supposed to do or say those things I’m not supposed to say, and through that I might learn something about yourself and something about society, and that might make me a better person when I step back into the real world.”

What other sorts of things could people take away from dabbling in race play?

There are so many things. It’s hard to pinpoint just one. But for instance, if someone is playing the part of someone who’s a dominant member of society—so for instance, a Nazi, or a white person—in our society, there’s a lot of systemic racism that we don’t realize is there. We have this white privilege we don’t really see. So a lot of people will come away seeing things that are in our society that they don’t usually see. There are also some instances in race play where we may flip things on its head, and it’s a revenge scenario. So it may be the Jewish person overtaking the Nazi, or the black person overtaking the white person. And there’s a lot of empowerment and strength in that, because that’s not something you see in everyday life.

It sounds like a Quentin Tarantino movie in the bedroom, kind of.

Absolutely. And that can be a lot of fun, and empowering for whatever side you are on in the scenario. It can be really hot.

Are there any prominent writers or performers or producers who are interested in race play?

Absolutely, 100 percent [blogger] Mollena Williams [who blogs at the Perverted Negress]. We featured her in our race play segment. I approached her and only her because I knew she was the only person who could do the segment justice. She is very eloquent, and is able to communicate the down-and-dirty raw truths about race play that a lot of people can’t verbalize. I’ve never done race play myself, and I am a mixed-race person, so I see it from both sides. She was the first person who made the lightbulb go off in my head, and I was like, “I get it. I get why people do this.” I understand why a lot of people say you can’t use racial slurs in their sex lives, but I also understand why it’s OK because of what I learned from Mollena.

I haven’t read her work, but I did come across a piece on Ebony about her work, which quoted one woman of color who does sex work and is critical of race play. What is the general consensus among people of color in the kink community when it comes to race play?

I find that a lot of people of color put their foot down and say, “That’s wrong. You can’t do that.” But on the flip side, it’s consensual. Where do you draw the line, where you can dictate what someone can do in the privacy of your own bedroom? When you look at it on the surface, it’s someone shouting racial slurs or beating on someone because of their race. If you are a person who has been dealing with racism your entire life, I can absolutely understand why it’s difficult to peel back all of those layers and see why race play might be beneficial for some people.

I feel like I’d need a few hours of therapy beforehand, honestly.

Would you say the majority of people who do race play are politically correct, liberal people?

I do find that, but that’s based on my own personal experience. They are people who are very self-aware, who want to be better people when it comes to racism. It takes a lot, psychologically, to delve into this. It really does.

But on the flip side, don’t you think it could be argued that these are not genuinely non-racist people, that they’re guilty liberals who have subconscious racist thoughts and want to unleash them in the bedroom?

Exactly, and race play isn’t for everyone… That may be part of the exploration. There are lots of white people who say, “Oh, no, I’m not racist,” but there is that systemic racism that runs through everything. There are certain privileges you have that you take for granted. So you’re really opening yourself up and exploring that. Everybody—everybody—has a bit of racism in them, and we are afraid to acknowledge that. It’s a very scary part of ourselves that most of us don’t ever want to examine.

Zooming out a little bit, how did you become interested in the world of kink in general? You explore such a wide range of fetishes on your show.

It all started when I reached middle age. I’d had your stereotypical middle American relationships, where you couldn’t talk about sex, fake our orgasms, “don’t look at me with the lights on” sort of thing. And I sort of had an awakening. I’d thought about all these things but had never told my partners, and when I did I got shamed by my partner, who said, “Oh, that’s disgusting.” So I decided to go full steam ahead, and learn more about all of these kinks and indulging in them. I am a member of the BDSM community, and I started instead of keeping it to myself, to share it with the rest of the world.

Are there any kinks that you consider more intense than race play, that you won’t showcase on your show?

Anything that involves not obtaining consent—minors, animals, that sort of thing—that’s where I draw the line. But if it’s consensual, even if it’s something as controversial as race play, if you want to explore that with your partner, and you are on the same page, you should be free to explore it.

Is race play the most controversial kink you’ve explored so far?

The way I think of all these fetishes, [is] you need to break them down to their basic common denominator, and when you do, they become understandable and relatable. So I might say insect play and you might say “Ew,” but I say, “It’s like having a feather across your skin,” and most of us can relate to that. With race play, maybe somebody enjoys being degraded. Maybe somebody enjoys the fear and excitement of exploring something taboo. All of us can relate to whatever our version of taboo is. When you break these fetishes down to their common determinator, there is a human element in all of them.

You said earlier that people have a choice between investigating the source of what turns them on, and just accepting it and going with the flow. As a sex writer, this is something I think about a lot, this tension between what turns us on, and why it turns us on. Where do you fall on this spectrum? How much do you think people should question the source of their sexual preferences?

Well, for me, I got caught up a lot in “Why?” “Why do I like this?” And that made me feel broken. It made me feel wrong. It made me feel like I was doing something I wasn’t supposed to be doing. But the fact of the matter is when it comes to psychology, we have some theories as to why people have some of these fetishes. But do we know everything? Certainly not. At the end of the day, if being called a racial slur or having an insect crawl across your genitals turns you on, then why do you need to get caught up in the “why”?