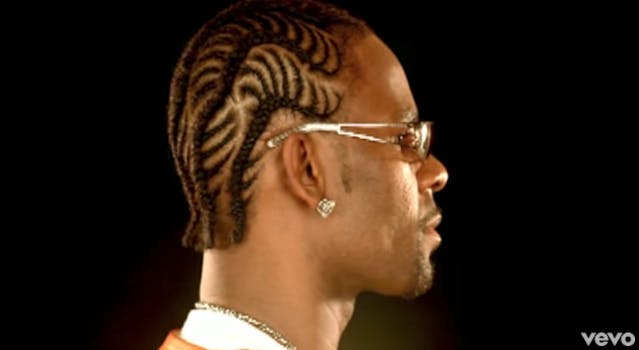 It’s our favorite karaoke song. A throwback for when we’re feeling nostalgic. It’s on every good party playlist, and a top choice for aux-cord DJs like myself. Since its release in 2002, R. Kelly’s “Ignition (Remix)” has been a top-tier American anthem.

Rolling Stone included the hit in its “500 Greatest Songs of All Time” update back in 2010. Pitchfork named it No. 19 on its top 500 songs of the 2000s. On Spotify, “Ignition (Remix)” has over 200 million streams—more than his next four most-popular songs combined.

In 2013, this publication stood with hundreds of supporters and advocated that it literally become the national anthem. The song defined the early 2000s for millennials who have continued listening as adults in an attempt to emulate the perfect party situation the song boasts about: sloppy hotel hookups after a hard-drinking night out. While Kelly is known as much more than a one-hit wonder, producing 12 studio albums and winning three Grammys, “Ignition (Remix)” is his crowning and enduring achievement.

And so, we must destroy it. For good.

It’s easy to casually bash Kelly for his harrowing laundry list of sexual assault scandals—we believe the allegations at this point. Yet soon as we hear “now usually I don’t do this,” that casually indomitable intro, we become powerless and sing along.

Lest we forget, “Ignition (Remix)” came out the same year that the infamous videotape of R. Kelly urinating on an allegedly underage girl came to light. In 2002 Kelly was arrested and charged with 21 counts of child pornography. Six years later the jury found Kelly not guilty on all counts.

On Monday Jim DeRogatis broke a story via BuzzFeed that included interviews with parents accusing Kelly of holding their daughters and other women against their will in what was described as a “cult.” (Kelly, via statement, denies the report.)

DeRogatis is the same reporter who broke the 2002 footage after it was mailed to him at the Chicago Sun-Times. The former beat reporter interviewed hundreds during his reporting on Kelly. He also talked to dozens of alleged victims who say that Kelly ruined their lives.

Unlike past allegations against Kelly, the girls involved in this situation are not underage. However, the details of what insiders close to Kelly call a “puppet-master” relationship, where he manipulates young women through verbal and physical violence, are no less disturbing. According to the story, Kelly controls what the women do, who they are in contact with, and what they wear, in addition to using them for sex.

For many on Twitter, the news was met with horror, but not surprise. These days the R&B singer is as famous for his genre-defining music as his creepy, allegedly inappropriate relationships with young girls and women. Skits in popular culture like those made by comedian Dave Chappelle helped make Kelly’s alleged crimes more palatable. Popular images of the case appeared in shows like the Boondocks and South Park, poking fun at the infamous 2002 video.

Slate speculates that this latest news could finally be the turning point for Kelly’s unwavering following. Even if his career crashes out, “Ignition (Remix)” is poised to outlive us all.

As always happens, die-hard fans will call these women liars who are chasing fame or money. Some will claim they are consenting adults in a complicated relationship. Others will blame the parents for not knowing better.

In the 14 years since “Ignition (Remix)” dominated FM radio, Kelly has remained successful, popular, and rich. But he has been publicly dating teenagers for more than 20 years, and is an alleged sexual predator who has a laundry list of “stomach-churning” accusations lingering over his career. It’s time to draw the line and turn off the song: at weddings, karaoke bars, proms, and frat parties.

When we choose to value art over the weight of crimes that Kelly allegedly committed, we choose to ignore marginalized people. We choose to turn a blind eye to violence that disproportionately affects black women and girls. We are saying that our love of a pop song is more important than the trauma these women continue to face, allegedly at the hands of the “Ignition (Remix)” singer.

The latest revelations about Kelly’s alleged sex cult may never result in a conviction, but consumers should not ignore the rumors that have been public for decades. Kelly plays arenas and festivals because we are complicit. It’s your duty to change that.

Editor’s note: This story has been updated to note that Kelly denies BuzzFeed’s report.