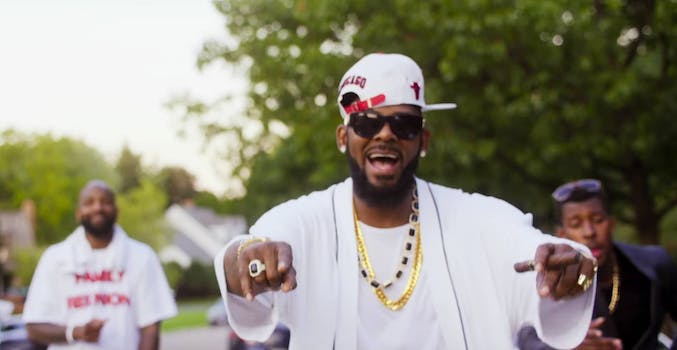 Parents of young woman living with R. Kelly say the singer is running a ‘cult’

Six women reportedly live with him.

R&B superstar singer R. Kelly is allegedly keeping multiple women in his homes in what one woman’s parents are calling a “cult,” according to BuzzFeed News.

One woman’s parents have told police and BuzzFeed that Kelly is running a “cult,” and according to an extensive report by the website, three former Kelly associates said Kelly has six women living at rental properties in Chicago and Atlanta in which he controls everything they do—including their eating and sleeping schedules, as well as the clothes they wear.

The former Kelly confidants also said he records his sexual encounters with the women.

“[Kelly] is a master at mind control. … He is a puppet master,” Cheryl Mack, a former Kelly assistant, told BuzzFeed.

The three people who spoke to BuzzFeed—Mack, Kitti Jones, and Asante McGee—said Kelly confiscates the cell phones of the women who live with him and makes them call him “Daddy.” Mack and Jones also accused Kelly of physically and verbally abusing both them and the women he is holding. McGee also said he was running a “cult.”

“R. Kelly is the sweetest person you will ever want to meet,” McGee said. “But Robert is the devil.”

Police in Illinois and Georgia have made well-being checks at Kelly’s properties, but no charges have been filed against him. One young woman from Georgia told police she was OK when checked on and “did not want to be bothered.” All the women who live with the 50-year-old Kelly—who was acquitted of 14 counts of making child pornography in 2008 but who reportedly has reached out-of-court settlements with at least a dozen people who have brought civil lawsuits against him—reportedly are of legal age.

One mother of a girl in Georgia told BuzzFeed that her daughter met Kelly backstage at a show in Atlanta in 2015, and after he said he could help her musical career, her mother allowed her to fly to California for another one of his concerts.

“In the back of our minds, we were thinking [my daughter] could be around him if I was with her,” the mother told BuzzFeed. “It didn’t really hit home.”

She hasn’t seen her daughter since December 2016, after she engaged in a secret relationship with Kelly, and the last time the mother saw her, “It was as if she was brainwashed. [She] looked like a prisoner—it was horrible. I hugged her and hugged her. But she just kept saying she’s in love and [Kelly] is the one who cares for her. I don’t know what to do. I hope that if I get her back, I can get her treatment for victims of cults. They can reprogram her. But I wish I could have stopped it from happening.”

“We can only wonder why folks would persist in defaming a great artist who loves his fans, works 24/7, and takes care of all of the people in his life,” Mensch wrote in an email. “He works hard to become the best person and artist he can be. It is interesting that stories and tales debunked many years ago turn up when his goal is to stop the violence; put down the guns; and embrace peace and love. I suppose that is the price of fame. Like all of us, Mr. Kelly deserves a personal life. Please respect that.”