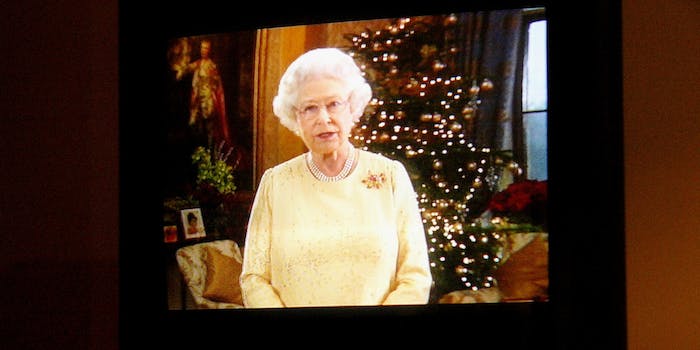 The Queen mentioned ‘Game of Thrones’ in her Christmas speech

It was a royal surprise for U.K. citizens and foreigners alike.

The annual Christmas address of Queen Elizabeth II is a staid occasion, so many a head turned when the monarch mentioned Game of Thrones in this year’s broadcast.

The topic of her address was “reconciliation,” a fitting theme given that the biggest U.K. news in 2014 surrounded the failed Scottish independence referendum. In exchange for defeating the referendum, the British government promised Scots greater say in the kingdom’s affairs. While the world waits to see if and how London will keep its promise, Queen Elizabeth II did her part to heal the rift: She mentioned her visit to Belfast, Northern Ireland, a trip that was meant to emphasize U.K. unity.

“The benefits of reconciliation were clear to see when I visited Belfast in June,” the Queen said. “While my tour of the set of Game of Thrones may have gained most attention, my visit to the Crumlin Road Gaol will remain vividly in my mind.”

For the Internet, of course, the Queen’s reference to her heavily publicized set visit was the biggest takeaway from the speech.

"When I visited the set of Game Of Thrones" – HM The Queen in her christmas address. NEVER THOUGHT THIS DAY WOULD COME #done

ok the queen just said 'game of thrones' on tv. for a split second the monarchy was almost worth it.

The Queen there, visibly shaken at the prospect of saying "Game of Thrones"

If you want to watch the Queen approach the Iron Throne during her set visit, you’re in luck.