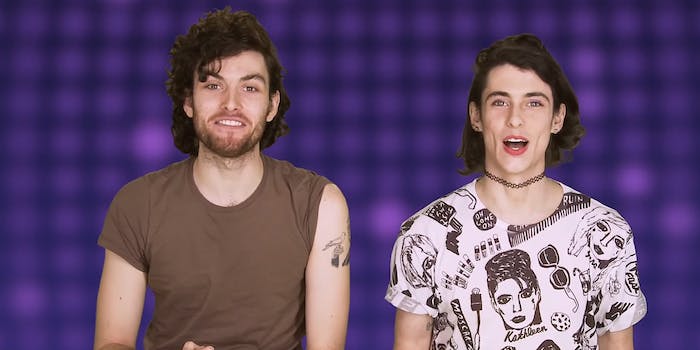 In the wake of allegations of sexual assault and anti-Semitism, PWR BTTM’s music has started being removed from streaming services.

The NYC punk duo was dropped from its label, Polyvinyl Records, and management this weekend after allegations against singer Ben Hopkins came to light via a Chicago Facebook group. The band responded to the allegations and set up an email where survivors could talk with a mediator.

But on Monday, PWR BTTM’s catalog was removed from Apple Music and iTunes, and new album Pageant was taken off the Polyvinyl site. The album has also been removed from Amazon, Tidal, and Google Play. According to Pitchfork, a Polyvinyl rep asked Spotify to remove the duo’s music as well, though as of Tuesday morning it’s still available.

At least one song from the new album, “Big Beautiful Day,” has been removed from YouTube. The group’s summer tour has reportedly been canceled, but Hopkins and drummer Liv Bruce have not yet released a statement.