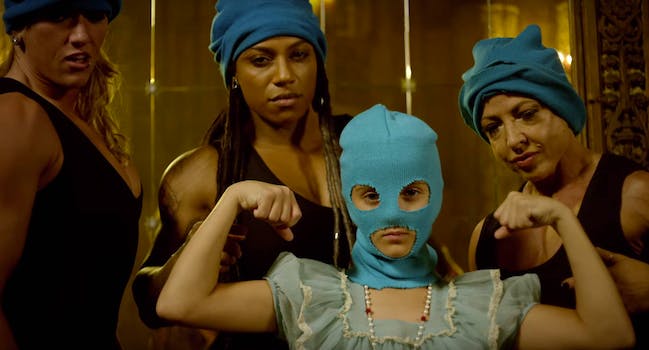 'Vagina's where you're really from.'

It’s been a pussy-centric election, for better or worse. So it’s only fitting that Pussy Riot would debut a new song.

And that song is “Straight Outta Vagina,” a modern anthem for women and men, to remind us all where we really came from. It’s certainly more danceable than the punk collective’s previous songs, which might be the result of collaboration with TV on the Radio’s Dave Sitek. It also features Desi Mo and Leikeli47, who’s no stranger to wearing a mask.

Pussy Riot’s Nadya Tolokonnikova is also featured in the clip. As the video’s description explains, “Pussy is a new dick, ladies. Oh bondage, up yours.”