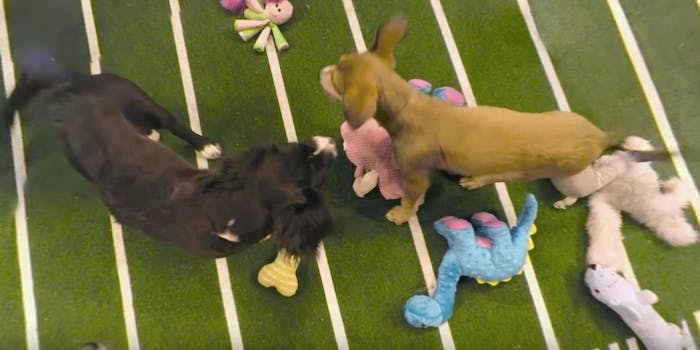 You can watch Puppy Bowl scrimmages in virtual reality

The Puppy Bowl is now the official alternative to the Super Bowl, but this year, Animal Planet and Geico found a way to make it even more engaging: virtual reality.

Starting today, fans can watch Puppy Bowl scrimmages via the DiscoveryVR app, which offers 360-degree views of puppies play-fighting, running, tumbling, snarfing, barking, and playing with toys that are thrown in slow motion. The practice matches can be watched on the Animal Planet site, YouTube, or with Google Cardboard or Samsung Milk VR. Even better, Animal Planet reportedly partnered with 44 animal shelters across the country to recruit players for #TeamFluff and #TeamRuff.

The Puppy Bowl airs Feb. 7 on Animal Planet. In the meantime, reach out and touch fluff.