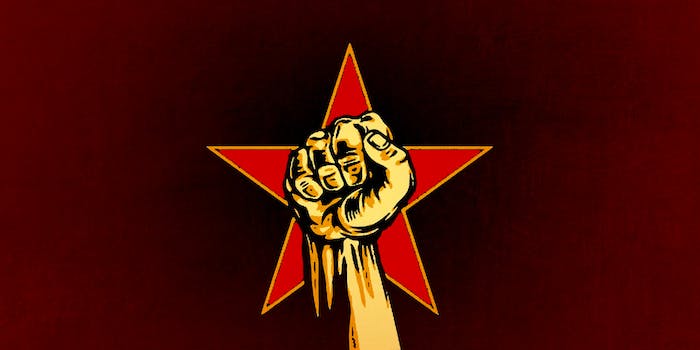 Prophets of Rage debuted a couple of new songs at its first show in L.A.

Remember that mysterious Rage Against the Machine website that was counting down to June 1 and crashed hours into existence under the weight of millions of RATM fans hopeful for a reunion?

Well, dreams of a true reunion were dashed by the existence of Prophets of Rage, a hybrid group featuring three-fourths of RATM, Public Enemy’s Chuck D and DJ Lord, and B-Real of Cypress Hill. It announced itself yesterday, with this very cool band photo.

Yes, this might make you feel like you never left Lollapalooza ’96, but alas, the group played its first show last night at the Whisky a Go Go in Los Angeles, and in addition to windmilling through RATM songs “Sleep Now in the Fire” and “Bulls on Parade” and a Cypress Hill/Public Enemy medley, it also debuted two new songs. Proceeds from the sold-out show will go to PATH, a California homeless charity.

Will Prophets of Rage find an audience in this current era of political discord? Well, Public Enemy shirts have been updated with Donald Trump‘s image, and “Make America Rage Again” will certainly fit nicely on merch.