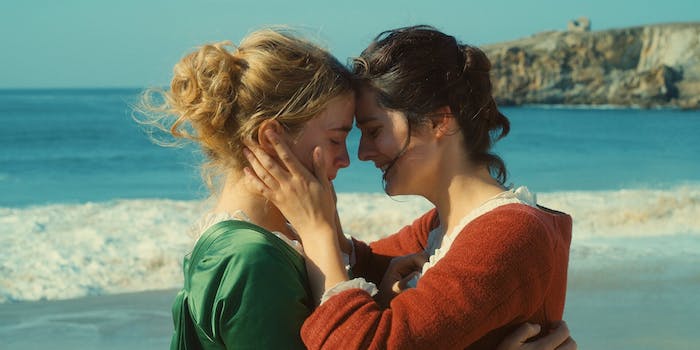 Portrait of a Lady on Fire/MK2 Films

‘Portrait of a Lady on Fire’ is a transcendent, lesbian period romance

Céline Sciamma's period romance reels you in and never lets you go.

There’s a moment roughly halfway through Portrait of a Lady on Fire, the 18th-century slow-burn lesbian love story from French director Céline Sciamma that often looks and feels like a painting come to life on the screen, when it becomes downright transcendent.

Portrait of a Lady on Fire

RELEASE DATE: 12/6/2019
DIRECTOR: Céline Sciamma
RELEASE: Theatrical
After refusing to meet with a previous painter, Marianne is hired to secretly paint a portrait of Héloïse, who’s set to marry a man from Milan after her older sister’s death.

The three women at the center of the film—Marianne (Noémie Merlant), a hired painter; Héloïse (Adèle Haenel), the woman whose portrait Marianne is tasked with making; and Sophie (Luàna Bejrami), a servant who works for Héloïse’s family—have all become closer to one another and bonded through shared experiences that cut across their respective class divides as they come across a group of women around a bonfire. They begin to sing, chanting “Non possum fugere” as if it was a collective declaration.

Their harmonies arise above the crackling flames, and even as the a cappella vocals become even clearer, Marianne and Héloïse, already caught in a steadily growing wave of sexual tension, become lost in the moment; not even Héloïse’s dress catching on fire will snap them out of this moment they share alone. 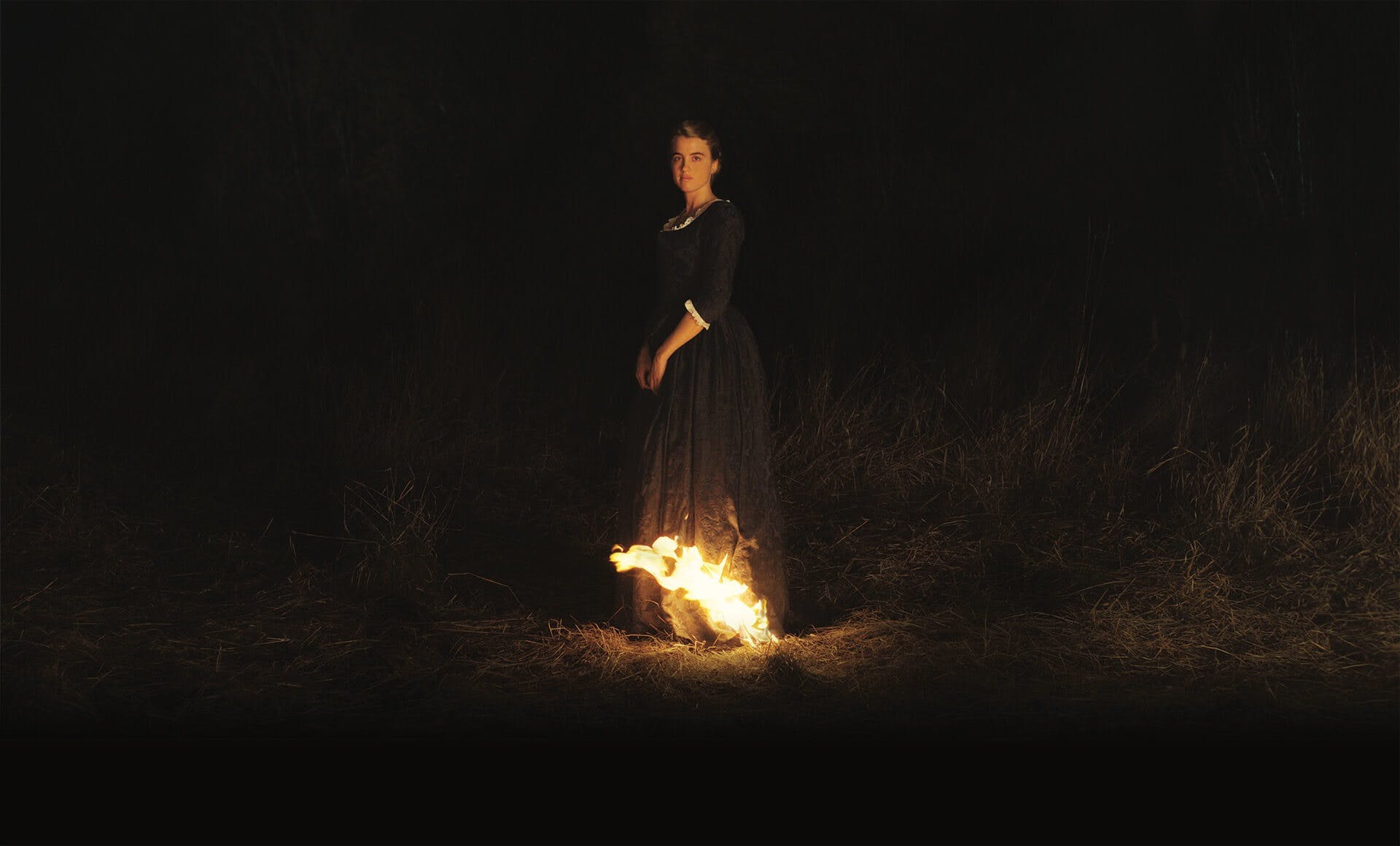 In its structure, Portrait of a Lady on Fire is fairly straightforward. The film is framed as a feature-length flashback (and a gorgeous one at that) of Marianne’s, a painting instructor who falls back into her memories after a student unearths a painting she had once made. And once we dive into the recent past, the story largely plays out chronologically.

But it’s in those moments, which occasionally show crack’s in each character’s façade before breaking wide open with that choral arrangement, along with stellar performances from Merlant and Haenel, that Portrait of a Lady on Fire elevates itself to another level.

Marianne is hired to paint a wedding portrait of Héloïse, who was recently made to leave the convent after her sister’s death, which is implied to have been by suicide, to marry a man in Milan. But Marianne isn’t the first person hired to attempt painting Héloïse’s portrait: The first artist, her mother tells Marianne, gave up after Héloïse refused to sit for him for several weeks. So Marianne is tasked to observe Héloïse by day (under the guise of being her companion) and paint her wedding portrait from sketches and memory. 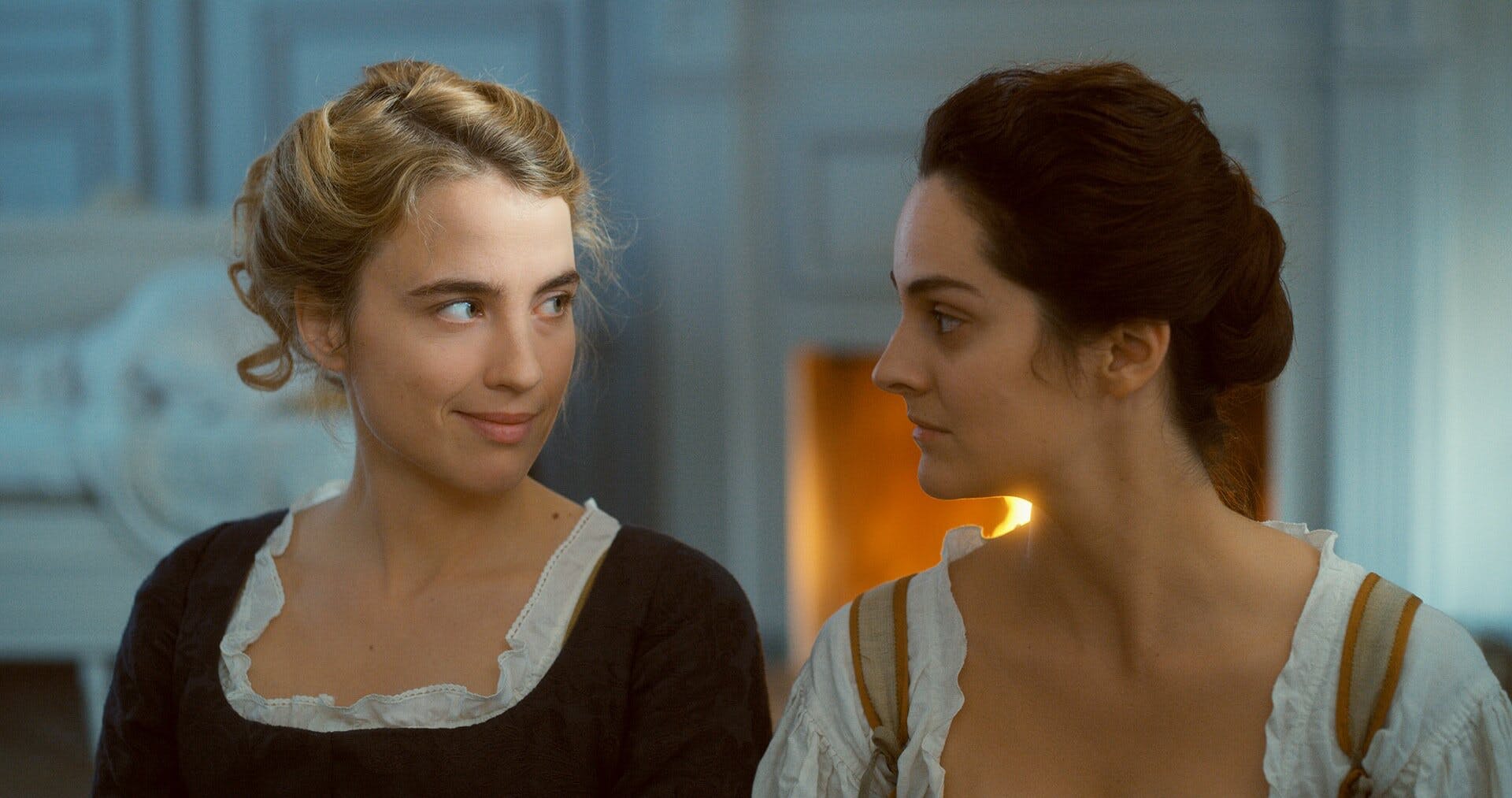 As they spend more time together, they start to peel back each other’s layers to discover the similarities between each other. They each experienced bits of freedom within their lives, but still, powerful and nameless men keep them from exploring their full potentials. Héloïse has very little choice in who she ends up marrying, and although her mother says she understands Héloïse’s anger, there is no hint of sympathy. Marianne is allowed to choose not to marry and have a career as a painter, but she can only go so far because she’s barred from learning certain skills because of her gender.

It’s no coincidence that apart from a brief scene in which Marianne attempts to play a bit of Vivaldi from memory, the bonfire provides the first hint of music in the entire film. While Héloïse already had a taste of freedom by running outside or going into the ocean to figure out if she could swim, the bonfire (and what it eventually leads to) is pure ecstasy.

Portrait of a Lady on Fire feels both ahead of and realistic for its time without feeling exploitive or judgmental toward the characters, a testament to both Sciamma’s script and direction. It’s a bittersweet and epic romance on a small scale, one that would belong right alongside the myth of Orpheus and Eurydice that Marianne, Héloïse, and Sophie read by the fire: a mix of joy, tragedy, and, heartbreak (along with an absolutely devastating final shot) with each interpretation having some nuggets of validity. 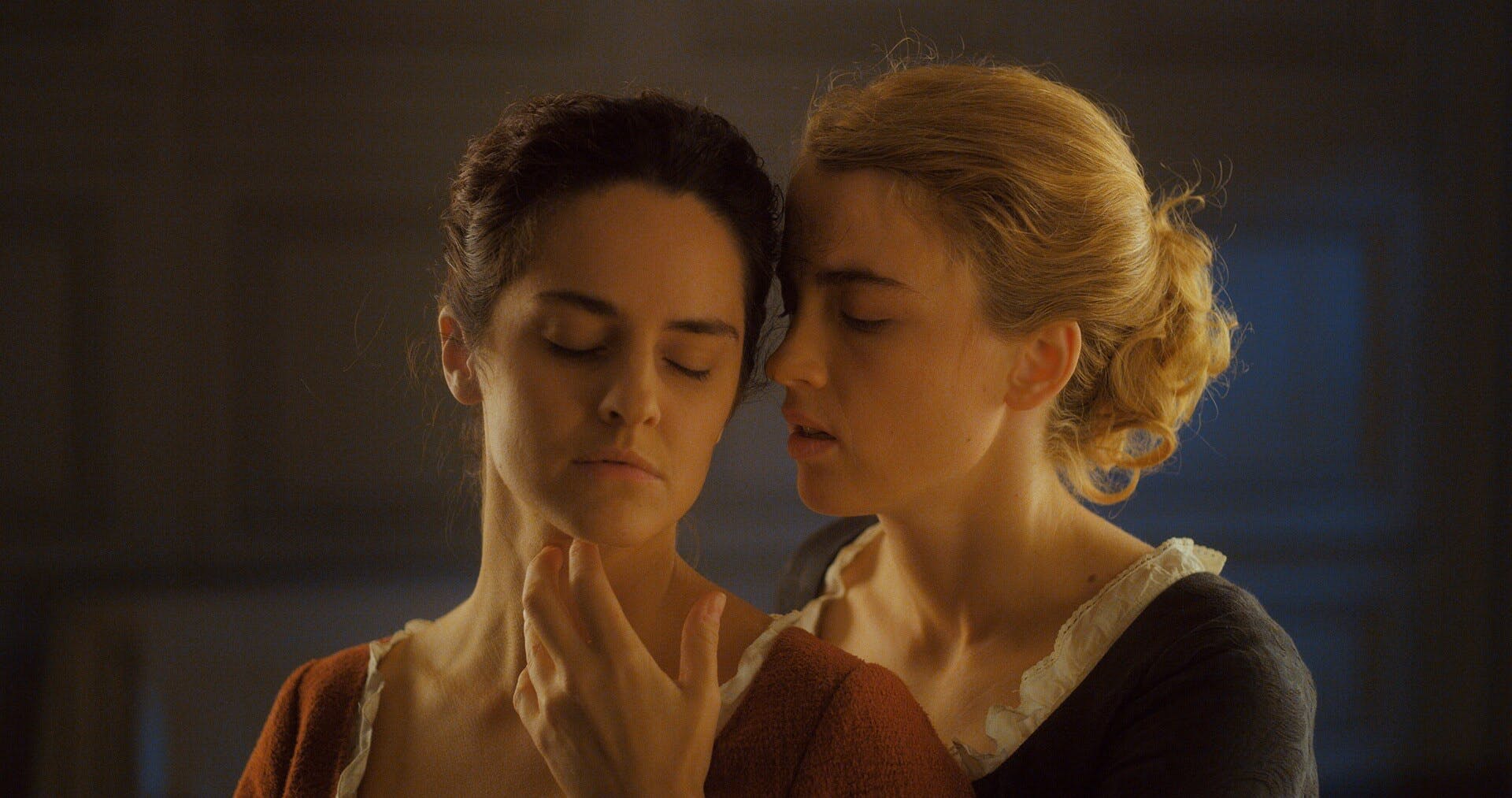 “Do all lovers feel like they were inventing something?” Héloïse asks Marianne as they explore something new and fragile. Their romance is a tale as old as time, a journey of love and self-discovery that forever changes their lives. And even though it might just be a fleeting moment, at that moment, it’s beautiful and all-consuming.

Portrait of a Lady on Fire premiered at the New York Film Festival on Sept. 29.