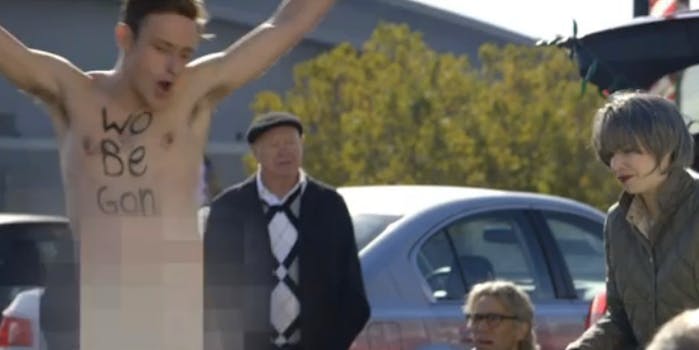 The fourth season of Portlandia debuts Feb. 27 on IFC, but a few teaser episodes appeared online this week, to celebrate their version of Super Bowl tailgating.

These are essentially ads, with Subaru being the brand here. The product placement is a little jarring, but come Sunday, that’s all you’ll be seeing. Now if they’d had a Garrison Keillor cameo, in which a cooler full of piping hot yerba mate was dumped on him by overzealous greys, these spots might have been a bit more exciting.

However, if you want to skip the concussive fervor the Super Bowl, watch this, watch the Puppy Bowl, take a bubble bath, and be in bed by 9:30.