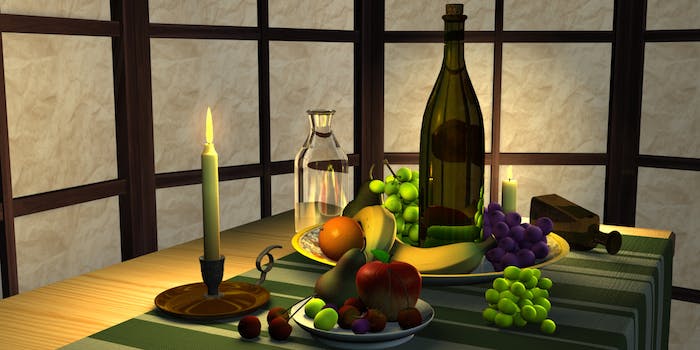 The revolutionary visual effects rendering technology could soon be transforming the world of amateur animation.

After over three decades of using RenderMan to gradually move from a niche visual effects company to a major Hollywood studio, Pixar is releasing a version of the revolutionary visual effects software to the public.

RenderMan isn’t just a software—it’s a technology that Pixar developed in the early ’80s, originally dubbed REYES (Render Everything You Ever Saw). Rendering is a long-used process that allows animators to create images based on mathematical representations of 3D images, or models. Pixar’s RenderMan technology was used in dozens of movies, from early effects-heavy films like Star Trek: Wrath of Khan to numerous animated films like The Lion King. In 2001, it became the first software package ever to receive an Academy Award for “significant advances to the field of motion picture rendering.”

Now, all that power can be yours with no watermarks. The animation studio announced Thursday that it will soon release a version of RenderMan for free to the public. (The commercial version is available for $495 per license.) The company cited a wish to advance open-source practices and standards as part of their rationale for releasing the free version:

As a further commitment to the advancement of open standards and practices, Pixar is announcing that, in conjunction with the upcoming release, free non-commercial licenses of RenderMan will be made available without any functional limitations, watermarking, or time restrictions.

Those wanting to download the free version can do so by registering at Pixar’s website to be notified when the package is available. You can’t use RenderMan on its own, however; you’ll also need one of four separate modeling and animation software packages, Maya, Houdini, Katana, or Cinema4D.

We can’t wait to see how this galvanizes the already-amazing amateur animation community. DeviantART is already full of gorgeous samples of what talented artists can do with the technology. Imagine all those 2D animated GIFs of your OTP making out on Tumblr, transformed through the magic of 3-D rendering.

Pixar, this may be the best gift you have given us yet.