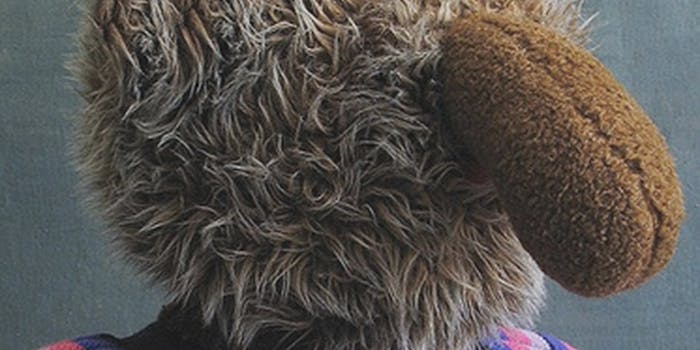 Pinterest isn't known as a hotbed of Interent humor, but these popular boards may soon change that.

Just 3.3 percent of boards on are tagged in the “Humor” category on Pinterest, but the site is so large that doesn’t really matter. According to data from stat tracker Repinly, the category’s 17 most-followed boards each have at least 300,000 followers.

Still, Repinly’s data isn’t perfect. According to the stats, boards that share household cleaning tips and product design are listed as the top two humor boards. To offset this, we’ve combed through the top boards to find some truly funny gems.

Here are the five boards that crack up Pinterest users the most:

It’s doubtful that, when Leandro Toledo gave his board such a straightforward name, he knew it would become the defining Pinterest humor board with over a million followers. From visual gags to witty quips to photos of babies and animals making funny faces, his board is Pinterest catnip.

Funny is Toledo’s most popular humor board, but his Meme and Sarcasm boards also made the top 10.

Magpye M. wasn’t kidding when she titled this board “random.” Her wacky findings are less like jokes and more like punchlines. From this Donnie Darko cross stitch to baby hand soap, the joke is in the unexpectedness. Luckily, this brand of weird was exactly what her 780,000 followers were hoping for.

“Laughing til I let out a bit of wee. Best quote from Donnie Darko EVER!” a commenter wrote.

One of Pinterest’s top comedy tastemakers is Patrick Welker, a student and coder in Berlin. His 600,000 plus followers love the cutesy comics he curates. Welker’s preferred humor centers on anthropomorphic animals and objects, but sometimes veers a bit naughty.

With plenty of sarcastic someecards and a heaping helping of the word “bitch,” Erica Lynne Macri’s board embraces the hallmarks of Pinterest humor. Due to frequently meta ribbing of Pinterest itself, these jokes will receive the best return if you send them to Pinterest pros.

Charley Mccoy created this board as a crowdsourcing experiment. He scours the web for funny photos, and leaves it up to his followers to caption them in the comments. Now that the board has over 800,000 followers, it’s bound to be tough for him to pick a winner.

“That looks like a drunk muppet,” a commenter captioned one particularly WTF image.