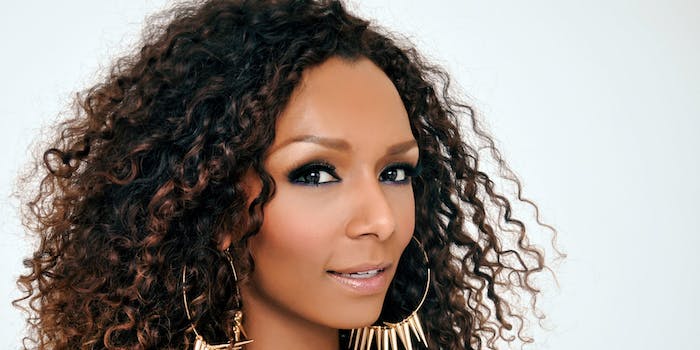 After last night's interview, trans advocates are mad, and Morgan is mad that they're mad. So everybody's mad.

Yesterday, transgender woman and writer Janet Mock was excited for her interview with Piers Morgan Live on CNN. But when the segment, entitled “From Boy To Girl,” aired last night, Mock apparently realized that it wasn’t quite as positive as she’d been led to believe. Now Mock’s supporters and trans advocates are outraged—but apparently, not as outraged as Morgan himself.

Morgan led the interview by describing Mock as “born a boy,” and described her as “becom[ing] a woman” in young adulthood. On Twitter, as the interview aired, he described her as “formerly a man.” Most transgender women and men identify as their gender throughout their lives, so to describe them as having previously been a different gender is generally considered offensive. Mock minced no words about how Morgan’s error made her feel:

.@PiersMorganLive I was not “formerly a man.” Pls stop sensationalizing my life and misgendering trans women. #redefiningrealness

As offended and angry tweets directed at Morgan poured in, he appeared to be baffled and unclear about why everyone was angry with him, pointing out that Mock herself used the phrase, “I was born a boy” in a Marie Claire article, and getting vehemently defensive on the subject:

She was. > RT @blogdiva: DUDE @piersmorgan DID YOU ACTUALLY SAY @janetmock WAS “FORMERLY A MAN”?!?!?! WHAT THE HELL IS WRONG WITH YOU?

Awoken to hordes of astonishingly abusive tweets from @janetmock supporters accusing me of ‘disrespect’ – seemingly oblivious to the irony.

Morgan lashed out at Mock and her supporters in a string of tweets: he claimed Mock was at fault for not complaining about Morgan’s wording before the interview aired, then suggested she was just trying to cause drama to sell books.

I’ve always been 100% supportive of transgender rights – the allegations of me being ‘transphobic’ are as nonsensical as they’re offensive.

Morgan linked the interview transcript and invited readers to “decide for themselves” about his level of offense. Then he invited Mock back onto tonight’s show to debate the issue. Though Mock did not respond, plenty of other people did, including the National Center for Transgender Equality:

Why would anyone agree to debate their own reality, @piersmorgan?

@piersmorgan @jonathanwald: We at @TransEquality stand by @janetmock. And we’re happy to discuss right + wrong ways to talk about #trans ppl

@piersmorgan @jonathanwald For starters, we recommend our fact sheet on reporting about #trans issues: https://t.co/b8oqGLHtZK.

Morgan clearly feels he is the victim of an Internet lynch mob. And to be fair, the CNN Transcript of the interview clearly shows Morgan attempting to be supportive of Mock’s current gender identity. He calls her “remarkable,” “brave,” and “courageous.” But he also associates her gender “change” with her decision to have surgical transformation, which is an offensive reduction of transgender men and women to their genitalia.

Morgan retweeted this comment from Times Online columnist Janice Turner, who labeled Mock and her supporters as “trolls”:

@piersmorgan Sadly every journalist (male or female) who engages with transgender politics, however positively, is trolled to death.

But social unwillingness to respect and accept transgender identity leads to incredible violence against transgender men and women, who suffer far higher rates of bullying, violence, and suicide than any other minority group. That’s not an internet hoax, nor are people working to change those statistics “disrespecting” cisgendered people like Morgan and Turner who are actively erasing and misrepresenting transgender identity.

Even more than Morgan’s linguistic mistakes during and before the interview, it’s his defensiveness and unwillingness to listen and learn why Twitter is upset that is the most revealing—and ultimately the most harmful.