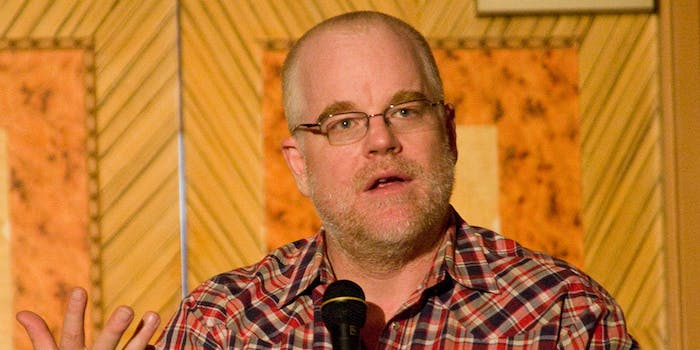 A poignant new animated video from PBS reminds us that Hoffman's artistic genius manifested itself in many ways.

He’s no longer lighting up the silver screen, but even after his death, Philip Seymour Hoffman is still sharing his artistic inspiration with the rest of the world.

A new video from PBS Digital Studios beautifully animates the words of the late esteemed actor to make a poignant statement on the delicate art of achieving happiness. Hoffman delivered the speech, “Happy Talk,” as part of a series of talks at the Rubin Museum last year with Simon Critchley. The final talk, from which the animation is taken, is available in full here.

The animation is part of the series Blank on Blank, which remixes celebrity interviews to give them powerful new meaning and nuance. In its 32 segments so far, it’s transformed the words of icons from Fidel Castro to Grace Kelly.

For the segment on Hoffman, animator Patrick Smith captured Hoffman’s self-deprecating whimsy as he discussed the difference between pleasure and true, lasting contentment.

Hoffman also discussed the ever-present nature of the past and the fleeting status of moments of happiness—as well as how each person’s internal darkness affects how he plays his parts.