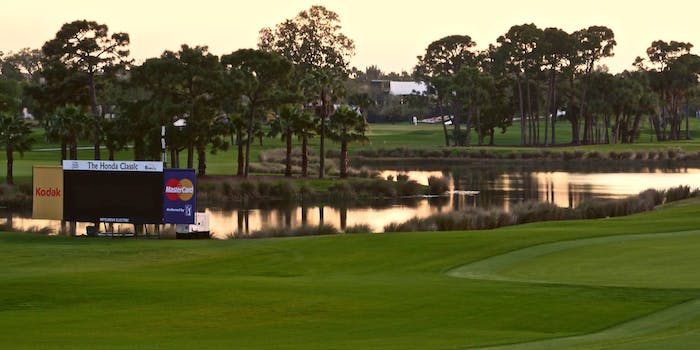 Now's your chance to catch even more action from the Barclays and the Deutsche Bank Championship.

The PGA is looking to experiment with livestreaming and needs your help. Though its PGA Tour LIVE subscription service has been wildly successful, a certain interactivity was missing from the stream. That’s why the PGA is eying Facebook Live along with Twitter to deliver full coverage of key playoff tournaments like the Barclays and the Deutsche Bank Championship.

The PGA will be testing livestreaming of both tours and allowing fans to vote for which groups of golfers will be featured and during which rounds. The PGA is also allowing players to post their own footage as well as photos, providing an even more immersive look at what goes into the world of pro golf.

“We feel it is important for the PGA Tour to continually look at ways for our players to showcase their personalities. If the trial goes well we believe this expanded social media policy for our members will enhance how fans follow their favorite players throughout the season,” PGA COO Andy Pazder explained to Forbes.

The Barclays will be streamed on Thursday and Friday, with global streams starting at 7:30am ET on both Twitter and Facebook Live and running until 9am. Streaming in U.S. and Canada will run from 11am- 1pm ET only on Twitter.

One week later, the Deutsche Bank Championship will be streaming on Sept. 2 and 3 via Facebook Live and Twitter. Global streaming kicks off at 8:30am ET and runs until 10am. U.S. and Canada streams will run from 11am-1pm ET on Twitter.