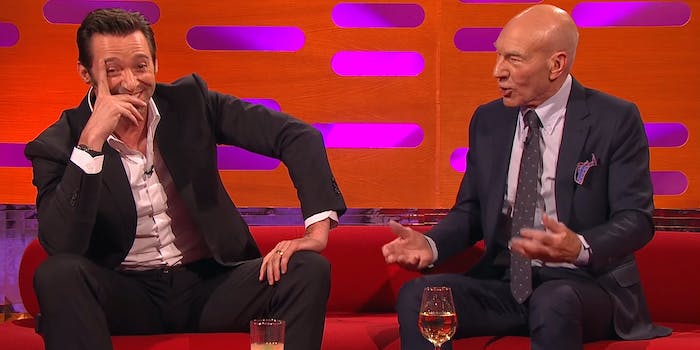 'That's ridiculous! I should know if I'm circumcised!'

Late-night TV interviews are rarely great. The skills of the host aside, the entertainers who usually frequent the guest chair are often on a nationwide press tour where they’re asked some of the same questions ad nauseum. But sometimes, they’re perfect.

Jackman was immediately intrigued after Graham Norton this week asked Stewart to explain a story he’d previously heard about. Luckily, Stewart was game and explained the “extraordinary” argument he had with his wife, singer Sunny Ozell, on the matter of whether he’s circumcised.

Stewart’s story was just the tip of the iceberg; Jackman’s reaction to hearing the entire thing is nearly as great. But when in doubt about the state of your anatomy, a doctor can always offer the final word.