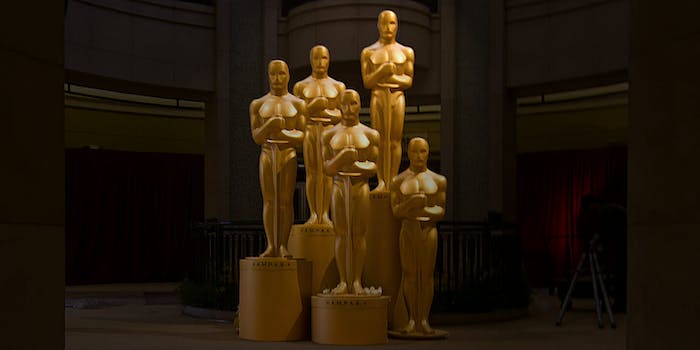 And here are the nominees.

Netflix is hoping to make history at the 90th Academy Awards with Mudbound after the film received four Oscar nominations on Tuesday.

Mary J. Blige received her first Oscar nomination for best supporting actress in Mudbound, which follows veterans as they face systematic racism and PTSD in the aftermath of World War II. It also received nominations for best cinematography, best song for “Mighty River,” and best adapted screenplay. Rachel Morrison is also making history by becoming the first woman to be nominated for a best cinematography Oscar. Mudbound did not receive a best picture nomination and writer and director Dee Rees wasn’t nominated for best director, but she could become the first Black woman to win an Oscar for best adapted screenplay.

Although the streaming company has been a legitimate contender in the Emmys race, it’s been more difficult for Netflix to break through the Oscars as its streaming worldwide model conflicts with the more traditional movie theater experience that you get with most films. Most of Netflix’s previous Oscar nominations have been limited to the documentary feature and documentary (short subject) categories, with The White Helmets as its only win. Netflix was nominated for best documentary again this year with both Icarus and Strong Island.

Two more Netflix-affiliated films are nominated for Oscars. The documentary Heroin(e) received a nomination for best documentary (short subject) while On Body and Soul, Hungary’s entry for best foreign film category that Netflix acquired the North American rights to last year, will debut on Netflix in February.

Amazon Studios, which won three Oscars in 2017 with two of its films, Manchester By the Sea and The Salesman, circumvented that by giving the films a traditional theater run before they streamed online. (This year’s Oscar contender for Amazon Studios, The Big Sick, received a nomination for best original screenplay for Kumail Nanjiani and Emily V. Gordon.)

The 90th annual Academy Awards air March 4, 2018. You can view all of the nominations here.