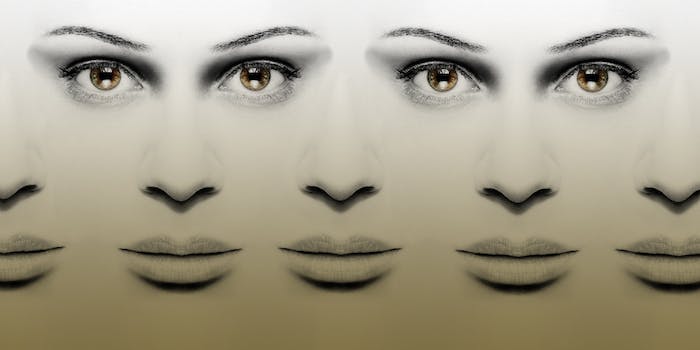 Why we need a show like ‘Orphan Black’ right now

The many lives of Orphan Black.

The first season of BBC America’s Orphan Black could easily have been its last. It’s a sci-fi drama about clones and genetic engineering, two topics that have been explored to the point of caricature in TV and film, even as their reality slowly creeps in.

But it’s also a sci-fi show about women, and perhaps that’s what saved it.

At the heart of Orphan Black is a search for identity, and the storylines are moved along by actress Tatiana Maslany, who, throughout the first season, portrays Sarah Manning as well as clones Beth, Helena, Cosima, Alison, Rachel, and Katja. All of these clones have different personalities, accents, and demeanors; one is an evolutionary biologist, one is a cop, one is an ex-religious cult member; one is a mother and would-be actress; one is the head of a shadowy corporation.

We don’t often see this many angles of the prism. Saturday’s season two premiere, heavily anticipated by the show’s fandom, proved that over the last year, Orphan Black has provided something missing from television.

Netflix’s original series Orange Is the New Black, which also debuted last year, is perhaps the closest kin we have to Orphan Black, in terms of telling the stories of several complex female characters. They’re both shows about women in trouble, to some degree, but neither relies on men swooping in to save them. The male characters on the show, many of them villains, are often one-dimensional, but is this really misandry, or perhaps a way for the female characters to tell the story themselves? Maslany effortlessly carries the weight of all the characters, something fans of the show noticed: Earlier this year, the “Clone Club” crowdfunded a special award for her, after she was passed up for an Emmy nomination.

Orphan Black also explores the role of motherhood—between Sarah and her daughter, Kira, and Sarah and her foster mother—but her portrayal of Alison, who on the surface resembles an Old Navy-clad suburban wife and mother, wrings out some humor and emotional depth in season one. After sleeping with a neighbor’s husband, Alison cruises around in her minivan singing along to Meredith Brooks’s “Bitch.” The song’s become a bit of a cliche, but let’s not forget the archetypes it explores. Maybe Chaka Khan predicted Orphan Black.

The show’s two queer characters, Sarah’s foster brother Felix (Jordan Gavaris) and clone Cosima, are never written into corners where their sexuality defines them. Felix feels empathy for his clone sisters, and the hashtag #clonesbians was created to express the growing fandom of lesbian viewers. It’s gotten a discussion going about representation.

A clone impersonated another clone, kissed her girlfriend, and it trended WORLDWIDE. What a time to be alive. #clonesbians #OrphanBlack

The show’s search for identity transcends the screen. Kayla, a 19-year-old fan, says seeing a queer character on TV was essential.

“It was important to me because I grew up in a family and town that is very conservative,” she told the Daily Dot. “I was taught that being anything but straight was wrong. So, when I realized that I wasn’t straight, it caused me to sort of hate myself and I believed that no one would accept me for who I was. I still am not completely over these things, and that is why Orphan Black has helped me so much. Seeing a character like Cosima has made me feel less alone. I see all these fans that love this character and see past her sexuality and it gives me hope that one day I can be myself and be accepted as well.

“It is not just Cosima, though. The whole cast has been so supportive of the LGBT community. For example, Jordan, Evelyne, and Tatiana especially always make sure to mention the clonesbians when they address the clone club. They make sure that we’re not left out. They also are aware of how important it is that there is queer representation on a TV show like this. Just the fact that they are so mindful of what they are doing and they try to get it right is something you hardly ever see on any popular show.”

She also pointed out that it’s important to have complex women in the lead role.

“So many times female characters are put into boxes and they are so one-dimensional. They’re also hardly ever the lead of a show. And here with Orphan Black you have multiple female leads who are all genetic identicals, yet they are still individual and realistic. It is something truly groundbreaking.”

In a recent conversation with Wil Wheaton, Maslany explained why this show has resonated with women:

“So often the male perspective is our default perspective in television in film and in all kinds of different media and I think what this show does is it just goes, ‘Nope.’ Women can be all these different things.”

While Maslany’s portrayal of these characters is groundbreaking, even more so is the revelation that viewers are finding their own identities while watching this show.