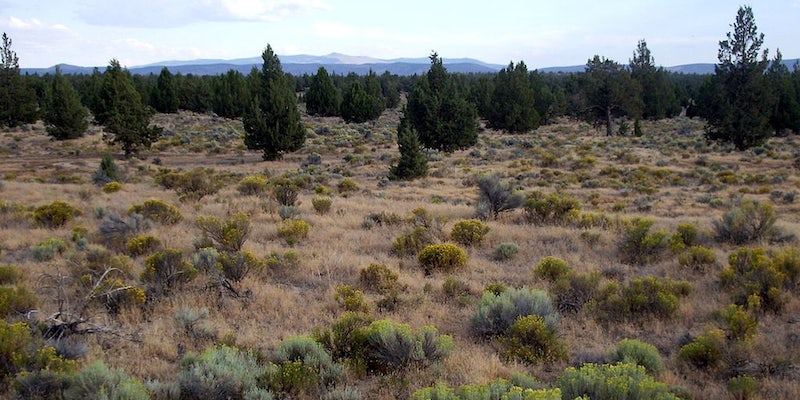 'Dear Guns And Ammo, I never thought it would happen to me...'

There’s something about the ongoing armed occupation of the Malheur National Wildlife Refuge near Burns, Oregon, that lends itself to literary comparison.

Is the siege by an Oregon militia of an empty bird sanctuary visitor center, and subsequent call for snacks, like the existentialist drama of Sartre’s No Exit? Or is it like an absurdist Eugene Ionesco play that ends with everyone turning into a rhinoceros as a metaphor for creeping extremism? Or is it the rare comedy-of-errors Carl Hiaasen caper not set in South Florida?

In retrospect, the answer is obvious: It’s a song by the Decemberists. Oregon’s own hyper-literate indie rock heroes are known for penning prog-folk odes to romanticized obscura like an early 1900s Montana mining disaster, an ancient Irish wartime folktale, and an obsessive quest for nautical vengeance that ends with gruesome torture inside the belly of a whale. Let’s be honest, what’s more romantically obscure than a bunch of jamokes barricading themselves in an empty building in the middle of nowhere in protest of the federal government’s land use policies?

When Decemberists lead singer Colin Meloy started tweeting about the standoff, it made a lot of sense. It made even more sense when he made it sexy.

Just like with the massive, outdoor music festivals the Decemberists have spent years headlining, the Internet tends to follow a very specific set of unofficial rules. Rule 34 states that if a thing exists on the Internet, there is also a pornographic version of that thing.

"They huddled together for warmth. The cold of Ammon's Ruger 22 against Brian's naked thigh sent a thrill up his spine." #bundyeroticfanfic

"Jason pressed Jed against a rack of "Birds of Oregon" books; his breath was sweet with jerky. Somewhere, an egret cried" #bundyeroticfanfic

"'It ain't snacks I'm hungry for, Trevor.' Ryan's heart was beating wildly beneath the quilted flannel of his shirt." #bundyeroticfanfic

They spooned on the camo sleeping bag. Zeke playfully tousled Ted’s hair while he read aloud from the field guide (1/2) #bundyeroticfanfic

“Bittern. Chukar. Whimbrel. Black-capped chickadee.” Their Bushmasters lay by their side in the veiled moonlight. #bundyeroticfanfic (2/2)

Following Meloy’s lead, a bunch of other Twitter users got in on the act.

'I love you……Lady Liberty!' Ammon sighed as he came hard, one hand filled w/ Constitution, the other w/ his barrel. #bundyeroticfanfic

They spooned on the camo sleeping bag. Zeke playfully tousled Ted’s hair while he read aloud from the field guide (1/2) #bundyeroticfanfic

Satisfied with his verse of call-and-response with the audience, Meloy retired for the evening, his head filled with dreams of Pitchfork bestowing his effort with the honor of “Best New Hashtag.”