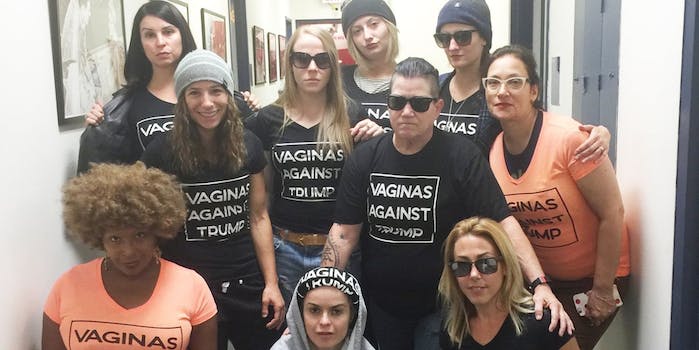 They've made their stance official.

If you weren’t sure how the cast of Orange Is the New Black—diverse in race, sexuality, and primarily women—felt about Donald Trump, now you do.

Posted by actor Lea DeLaria, AKA Big Boo, the women in the photo—who include Taryn Manning and Emma Myles—are all wearing shirts that say “Vaginas Against Trump.”

DeLaria has been very vocal about her loathing of Trump—and his stances on women’s, civil, and LGBT rights—on social media.

I think the pussies are speaking, Donald. Not sure if you can hear ’em.