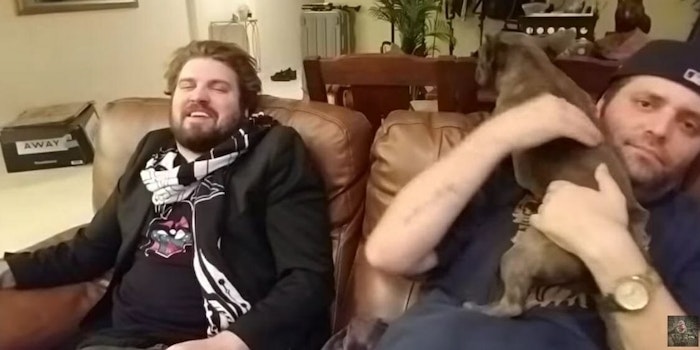 A popular YouTube streamer was playfully cuddling with his dog on his broadcast this weekend when, seemingly out of nowhere, he forcefully threw the pet off screen, shocking the friends who were broadcasting with him. Now, he’s getting blasted for the apparent animal abuse.

ONLYUSEmeBLADE—née Brian Risso, an IRL streamer with more than 550,000 YouTube subscribers who’s best known for playing Call of Duty—was kissing his dog when he violently flung it off the couch.

Risso has talked about his drinking problems in the past, and in the video, he seems under the influence. After he callously threw the dog, the jaw of his buddy next to him dropped in surprise. Risso mumbled something unintelligible, and somebody off camera said, “Blade, not cool, dude. Not fucking cool.”

“That was gnarly, dude,” another friend said. Risso’s response was just to look in the camera incredulously.

As of Monday, his Twitch channel was unavailable, meaning he’s likely been banned. Twitch doesn’t comment on the length of a user’s ban or why they’re being punished. Risso has more than 45,000 followers on the platform.

A number of redditors were upset with his actions.

“Never liked him, always got a sense of ignorance and dishonesty from him,” wrote one.

Another wrote, “He’s a piece of shit who could give a shit about his fans.”

Those who were chatting on his YouTube stream couldn’t believe it either. 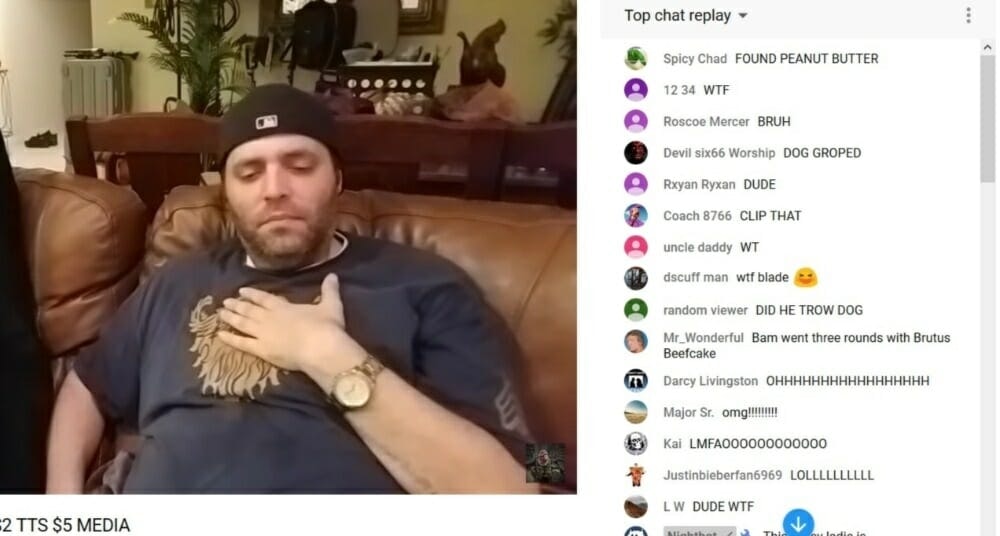 Another angle from the stream showed the dog landing on its feet and appearing to scamper off after Risso tossed him, much to the relief of some on Reddit.

Though the video where he threw the dog is unlisted on YouTube, it’s still available to view. His YouTube channel is also still active. YouTube did not immediately respond to a Daily Dot request for comment.

Update 3:15pm CT: The video has now been removed by YouTube because of its policy prohibiting animal abuse. According to its guidelines, YouTube does not allow “content where there is infliction of unnecessary suffering or harm deliberately causing an animal distress.”