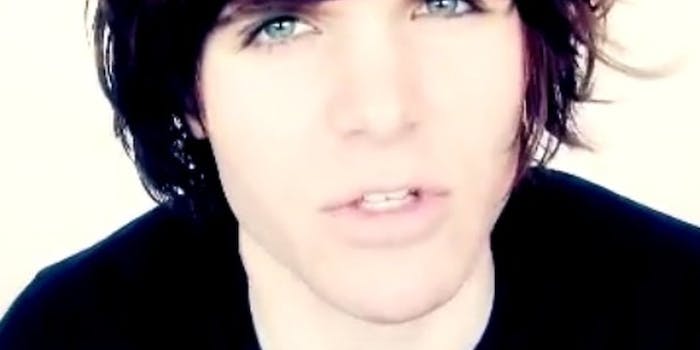 The prominent YouTube personality addressed the site's many issues in an 11-minute missive on Friday.

One established—albeit controversial—YouTuber thinks so, and his video on the matter is striking a chord with the community.

In a matter of months, YouTube users have faced various issues including but not limited to: the site redesign known as Cosmic Panda, bugs that range from broken subscription boxes to actual subscriber losses (and lost revenue), monetization issues, controversial Google+ integration, and a recently rewritten related-videos algorithm.

It’s enough to worry content creators about their prospects as small business owners.

Onision, a 26-year-old YouTube personality, addressed all of these concerns in his 11-minute video, “ATTENTION: @YOUTUBE STAFF.”

A six-year veteran on the site, Onision calls calls YouTube’s changes  “very very unfair” to both established YouTubers and new YouTubers, and says “Google is ruining what YouTube used to be.”

Onision bases most of his conclusions on the now well-known drop in views that accompanied the site redesign–a change that translates to paycheck deductions for YouTubers.

In an accompanying blog post, Onision encourages YouTubers to contact YouTube staff and make as much fuss as they can. He also outlines ideas on how to fix YouTube, provides the data for his conclusions, and points out, albeit in a convoluted manner, that in YouTube’s quest for profit, the Google-owned site is destroying the profit model that made it successful in the first place.

Since being uploaded on Friday, the missive has collected more than 20,000 views and 1,200 mostly supportive comments.

The strategy appears to be working. Margaret Healy, head of strategic partnerships at YouTube, tweeted the article on Friday soliciting community feedback.