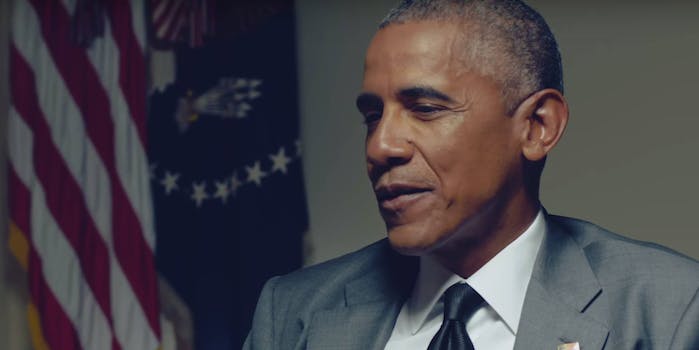 We’ve always suspected it, but now the evidence is in: President Obama is a huge nerd.

For its November issue, Wired handed guest editing duties over to Obama, who used the platform to discuss the state of the union, advances in technology, and the future. But what’s a more important measure of a man? His favorite sci-fi movies and TV shows, of course.

And those include The Matrix (“because it asks basic questions about our reality—and looks very cool”), Cosmos, the Star Trek TV series, 2001: A Space Odyssey, Blade Runner, Close Encounters of the Third Kind, Star Wars Episode IV, and The Martian (his favorite film of the last year).

Will there be streaming on Mars?