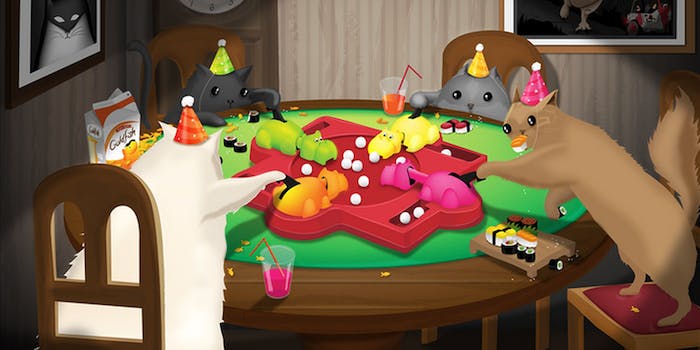 Why Grizzly Bears Should Wear Underpants is a 168-page array of "comics, facts, and instructional guides"

Oatmeal creator Matthew Inman does not put himself out in the wild very often, preferring to create his comics and publish them online, but that’s set to change—starting in the second week of October.

That’s because Inman has a new book, Why Grizzly Bears Should Wear Underpants, a 168-page array of “comics, facts, and instructional guides” set to hit shelves on Oct. 1, and he’s heading on a book tour to promote it.

Inman’s set to embark on a seven-city tour next month, starting in New York City and winding rather unorthodoxly across the top of our country—and Toronto and Vancouver—over the span of 10 days.

“My publisher chooses cities based on the availability of a time slot that works with the rest of the tour,” Inman wrote. “If I don’t come to your city it doesn’t mean I hate you, it just means we probably couldn’t find a bookstore that worked with our schedule.”

Sounds good. Anybody who shows up at any of the appearances will have the opportunity to get Inman to sign “anything” they want: Sriracha bottles, stuffed animals, the book itself—you name it.

Grizzly Bears will be the third book Inman’s released to print. His debut collection, 5 Very Good Reasons to Punch A Dolphin In The Mouth (And Other Useful Guides), was released March 2011; he followed that up with the New York Times bestseller How To Tell If Your Cat Is Plotting To Kill You 18 months later. And it’ll follow the same template as its predecessors: a series of pre-published comics from his website, along with a smaller collection of original material.

Among them, he writes, one should expect the “Dear Sriracha Rooster Sauce,” and “What it’s like to own an Apple product,” “in addition to plenty of never-before-seen comics about life, death, love, romance, bears, explosions, and testicles.”