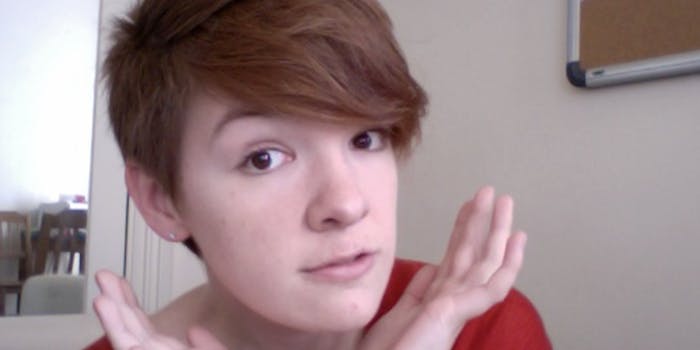 Her young adult graphic novel will be published in 2015.

Noelle Stevenson may not be able to draw a proper Pokémon, but that hasn’t swayed book publishers. The Tumblr-famous cartoonist announced her book deal Friday.

Her fantasy/comedy webcomic about a teenage shapeshifter, NIMONA, will be published as a Young Adult graphic novel in winter 2015.

On her Tumblr, Ginger Haze, Stevenson announced the news right after it was leaked through a Publisher’s Weekly newsletter:

“What does this mean? Well, it means that in the near-ish future you will be able to buy an honest-to-god print version of NIMONA, for one!”

Stevenson added that the comic will continue to live online for free, and her updating pace may even increase.

“I’ll continue to post pages online at my current pace, and the update schedule may even increase in the future!” she wrote.

When the Daily Dot first interviewed Stevenson in September 2011, the up-and-coming Tumblr star was best known for her viral “Broship of the Ring” cartoons, each portraying the Lord of the Rings cast as insufferable hipsters. The Maryland Institute College of Art (MICA) student, then 19, told us she had 20,000 blog readers.

Now 20 and a senior at MICA, Publisher’s Weekly reports that number has climbed to 80,000.