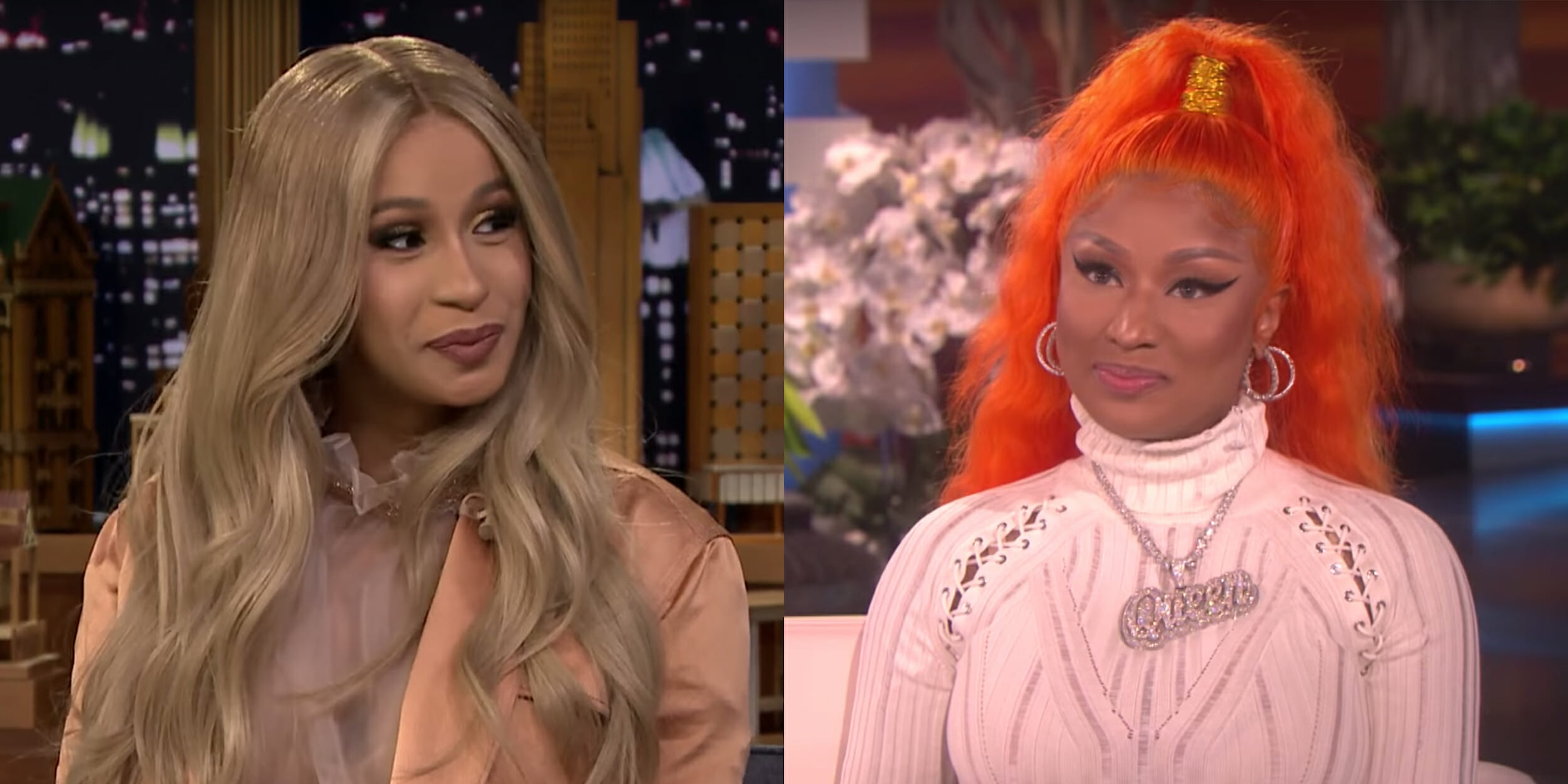 Twitter users are blaming Nicki Minaj left and right for stopping their bag (aka keeping them from making money). But the viral hashtag #NickiStoppedMyBag isn’t a dig at Minaj—it’s throwing shade at her fellow New York rapper Cardi B, and Nicki herself is egging it on.

The beef between the two rappers, of course, came to head in a skirmish at New York Fashion Week earlier this month. After launching her shoe in Nicki’s direction at the Harper’s Bazaar party, Cardi left with a huge bruise. She followed up with an Instagram post directed at Nicki, accusing her of keeping her from opportunities.

“I let you sneak diss me, I let you lie on me, I let you attempt to stop my bags … You’ve threaten other artists in the industry, told them if they work with me you’ll stop fuckin with them!!” Cardi wrote.

Nicki refuted the accusation on her show Queen Radio.

“You knew that when that footage came out you would look dumb,” Nicki said about the clip from the fight. “I didn’t even feel the need to defend myself that night … She has built her career off of sympathy and payola.”

But, as Complex reports, Nicki may have actually kept Cardi from working with Future. Another hip-hop artist, Tiffany Foxx, said Nicki has kept her from “being on red carpets” in the past.

Meanwhile, Cardi is riding the high from the success of her collab with Maroon 5, “Girl Like You,” which just reached No. 1 on the Billboard charts and made her the first female rapper with three No. 1 songs. Between fashion shows in Milan in Paris, Cardi took a subtle jab at Nicki.

Cardi B talks about people saying she’s “over” after her #NYFW brawl. pic.twitter.com/dPPtQUICkF

“Why can’t y’all just stop making rumors that trying to make me look like I’m just over and everything?” Cardi said in an Instagram live video. “When my time is over, y’all will see when my time is over. My numbers will be going down, I’m not going to be on the charts, people will stop fucking with me. You’ll see.”

From there, Nicki fans stepped in on Tuesday with #NickiStoppedMyBag, belittling Cardi’s accusations against the Queen rapper.

My dealer is out. I jus know Nicki bought all his drugs #NickiStoppedMyBag

Hurricane Florence wiped out my school for another week… but I KNOW nicki sent that hurricane just to stop my bag #NickiStoppedMyBag pic.twitter.com/q4B81WxhrQ

Even Nicki herself joined in.