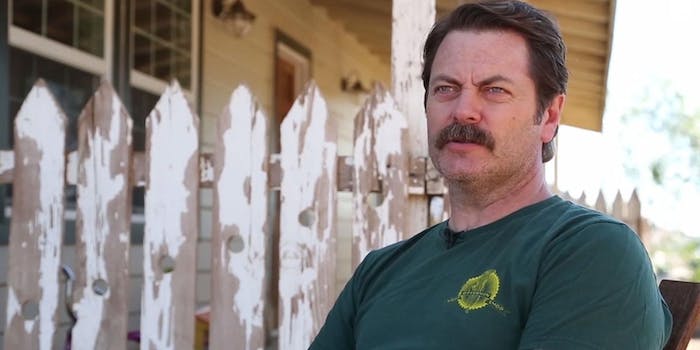 Nick Offerman can narrate our shower thoughts any day

Imagine what he could do with those fleeting moments just before sleep.

Few actors on television are capable of the kind of gravitas that Nick Offerman wields effortlessly on a daily basis. It’s no surprise, then, that the folks at Mashable asked Offerman to give deep, authoritative voice to a few eye-opening musings from the subreddit r/ShowerThoughts.

In the video, embedded below, Offerman reads half a dozen posts from Shower Thoughts, the popular subreddit built around the ephemeral but profound realizations that come to all of us in the shower.

And BuzzFeed brings us the GIF we need: