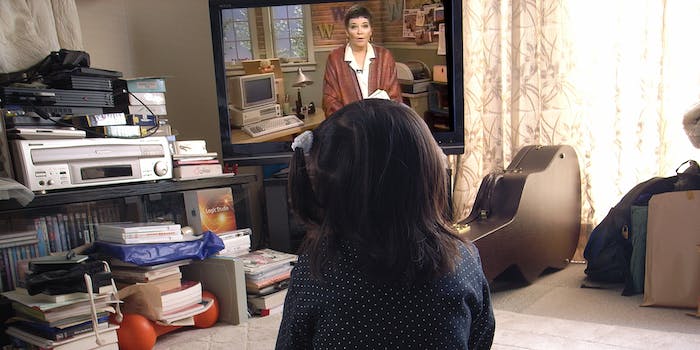 A look back at her awesome work.

Nickelodeon announced this week that after 25 years anchoring Nick News, the longest-running children’s news program in TV history, Linda Ellerbee will be retiring in December.

Any child of the ’90s can probably remember the spinning globe logo from the opening credits and Ellerbee’s chill, laid-back attitude as she reported cross-legged in her Converse sneakers. It wasn’t the most high-octane show in Nickelodeon’s Sunday night lineup, but it was far and away the most different. Who else has ever—or, more importantly, will ever—dedicated their career to educational Dateline-style interview series on topics kids generally need help wrapping their heads around? Things like gender and equality in a Title IX report, or on privilege and empathy in a report on autism.

The show has won two Peabody Awards in its tenure, and held the No. 1 spot in Nickelodeon’s ratings in 1992 and 1993. According to the show’s Wikipedia page, it never dipped below the No. 6 spot in its entire run.

So to celebrate Ellerbee’s awesome canon, here are three of the most iconic full episodes available to watch on YouTube:

The network will retire the series after airing a one-hour retrospective of Ellerbee’s work, entitled Hello, I Must Be Going: 25 Years of Nick News With Linda Ellerbee, December 15.