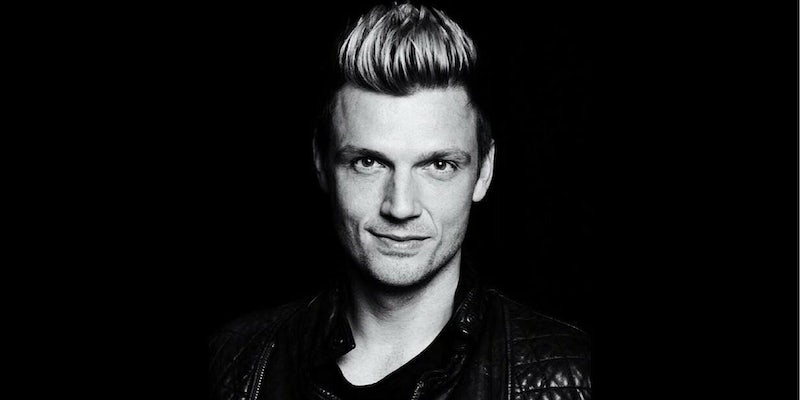 Melissa Schuman, a former member of the pop girl group Dream, says Backstreet Boy and ABC’s Boy Band show architect Nick Carter raped her in 2002, when he was 22 and she was 18.

In a blog post detailing the assault, Schuman wrote that Carter had been romantically interested in her years prior, but it wasn’t until the two had been cast in the same TV film that he invited her over to his apartment in Santa Monica. Though Schuman did not specify the film, IMDb shows both she and Carter starred in 2004’s The Hollow, a film for the ABC Family channel, which has since been relaunched as Freeform.

Schuman said it was a casual hangout until the two were kissing, and he wanted to take it further. Schuman, who wanted to wait to have sex until marriage, said Carter told her he wouldn’t “tell anybody,” since her religious, conservative values were commonly known by her management and representation:

He then pick me up, put me on the bathroom counter and started to unbutton my pants. I told him I didn’t want to go any further.

I told him thats not why I didn’t want to do it. He took off my pants anyway and then proceeded to perform oral sex on me. I told him to stop, but he didn’t. So I turned off the bathroom light so I wouldn’t see anything. He kept turning the light back on because he told me he wanted to look at me. I remember thinking at that point that maybe after this he will just stop, but he didn’t.

Schuman wrote that after they were interrupted, Carter moved them to a different bathroom and feeling “scared and trapped,” performed oral sex on him as she watched herself be assaulted in the bathroom mirror behind him. He then moved Schuman to his bedroom, where he raped her:

“I could be your husband.”

He was relentless, refusing to take my no’s for an answer. He was heavy, too heavy to get out from under him. Then I felt it, he put something inside of me. I asked him what it was and he whispered in my ear once more,

It was done. The one thing I had held as a virtue had been ruined. I went limp, turned my head to my left and decided I would just go to sleep now. I wanted to believe it was some sort of nightmare I was dreaming up.

Schuman wrote that she had tried to come forward with her story after the assault happened, and even told her then-manager, Nils Larsen, who said he would try to find her a strong attorney. Later, however, Schuman said Larsen told her Carter had “the most powerful litigator in the country,” and that she didn’t have the money to hire the legal counsel to go against him. She also worried about how the allegations would hurt her career.

Schuman wrote that Carter harassed her over weeks, attempting to contact her, until she later signed with his manager, Kenneth Crear. He had set Schuman up with a showcase for a major label, and had her record a duet with Carter, which they later performed in person at the event. Being that she didn’t want to tell Crear what had happened, Schuman obliged. After the showcase, a label head attending the showcase gave Schuman positive feedback, but weeks later Crear told her they weren’t interested in her.

“I could tell by [Crear’s] tone that he was no longer interested in working for me and I couldn’t help but wonder if Nick had any influence in it,” Schuman wrote. “I never did another showcase again after that and I quickly lost interest in pursuing a career as a recording artist.”

Schuman wrote that over the years she’s opened up to friends, family, and her therapist about the experience, but decided to come forward with her story 15 years later after seeing an Oct. 26 Radar Online story about Carter sexually assaulting a different woman.

The story details a 2006 West Allis Police Department incident report taken from a woman in Wisconsin who said Carter and a friend, Rob Kalouch, sexually assaulted her. A rape kit was completed, but no charges were filed against either man, and the case was closed in 2006. In a statement given to Radar, Carter’s representation denied the claims, said there was insufficient evidence against Carter, and that the woman was trying to extort money from Carter.

In her own blog post, written on Nov. 2, Schuman said she felt empathy for the victim in the story, and felt she had an obligation to come forward with her story in order to help other people their own:

There is nothing worse than being victimized and having others call you a liar. Or claim you are looking for 15 mins of fame.

Let me ask this simple question. Who the hell wants to be famous for being raped?

I certainly don’t want to be “known” for this. I never wanted anybody to know about my story. I wanted to lock it in a box in my mind and let the memories slowly suffocate as time went on.

I feel I have an obligation now to come forward with the hope and intention to inspire and encourage other victims to tell their story. We are stronger in numbers. If you are reading this and you have been assaulted, know you don’t have to be silent and you are not alone. I know it’s scary. I’m scared.

I believe you. I stand with you and together I hope we can bring light to things that have been lost in the darkness for so long.

In a statement to People, Carter said Schuman never told him that anything they were doing was not consensual.

“I am shocked and saddened by Ms. Schuman’s accusations. Melissa never expressed to me while we were together or at any time since that anything we did was not consensual. We went on to record a song and perform together, and I was always respectful and supportive of Melissa both personally and professionally,” Carter said. “This is the first that I am hearing about these accusations, nearly two decades later. It is contrary to my nature and everything I hold dear to intentionally cause someone discomfort or harm.”