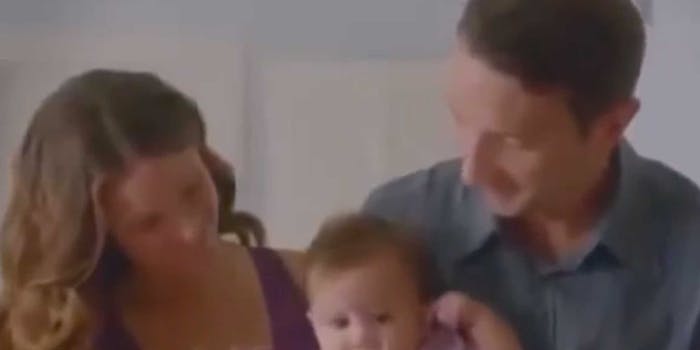 This gun ad was barred from the Super Bowl, and the far right is ticked

Shut up and pass the dip.

Ah, football—America’s purest expression of masochistic bodily violence. As long as it stays on the field, that is.

Last month, the NFL banned a commercial for riflemaker Daniel Defense from appearing in an ultra-expensive and highly coveted Super Bowl ad spot, and Second Amendment scholars haven’t quit complaining about the hypocrisy of it all ever since.

In the clip, a former marine speaks about protecting his family in their quaint, suburban home. He pulls into the driveway and then stops on the front walk, briefly scanning the neighborhood for snipers and suicide bombers.

“No one has the right to tell me how to defend them,” he says of his wife and baby, though of course that’s untrue. You couldn’t get away with detaining a cat burglar in your basement and torturing him till he promised never to come back.

Of course, that’s not the sort of self-defense we’re talking about. This becomes perfectly clear when the silhouette of “the most effective tool for the job” flashes on screen. The most effective tool is, of course, an assault rifle from Daniel Defense, contractor to the U.S. military—because securing your first-world civilian abode requires exactly as much firepower as it takes to seize control of Fallujah, Iraq.

Even after Daniel Defense made stylistic concessions—it was willing to replace the gun with an American flag or the words “Shall Not Be Infringed” in order to circumvent clear-cut rules against gun and ammunition ads—the NFL hasn’t budged.

The sad, predictable petitions followed (“Allow Daniel Defense to show their SuperBowl commercial supporting Freedom!”), along with cries of support on the company’s Facebook page following an interview on Fox & Friends.

“Alcohol and automobiles are both responsible for more deaths than firearms. But the NFL doesn’t seem to have a problem with either of those,” Shawn Butt remarked. 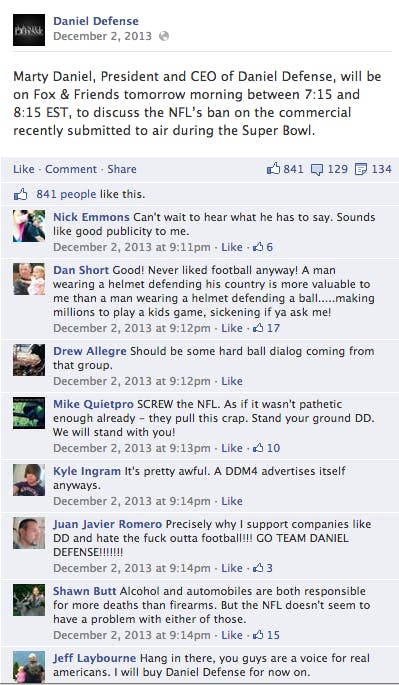 The most popular miffed reaction, however, came in the form of another YouTube video, one that now boasts more than 2 million views, far more than the original commercial.

After showing the ad, a young man gives voice, again, to the notion that football is exceedingly violent, encourages unsafe beer consumption, and has already become unduly politicized by anti-gun personalities. Therefore, he suggests, a pro-gun message hardly violates the NFL’s ethical standards.

There’s undeniable insight to the argument, but at the end of the day, I’m just not convinced that four wrongs make a right. 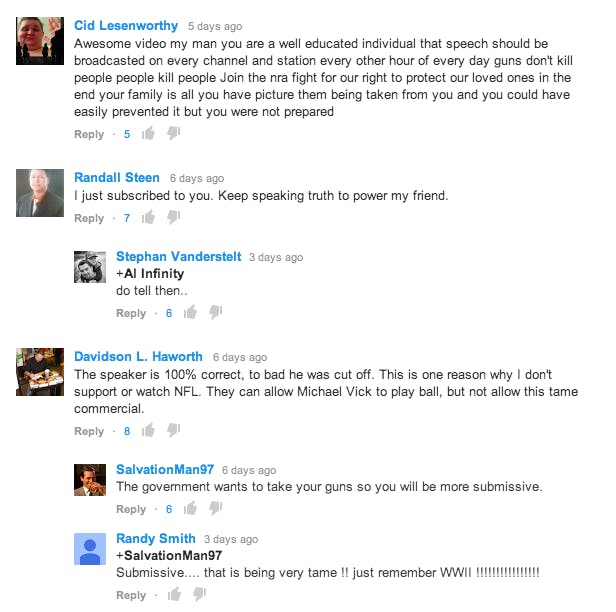 Can somebody wake me when it’s time for March Madness?