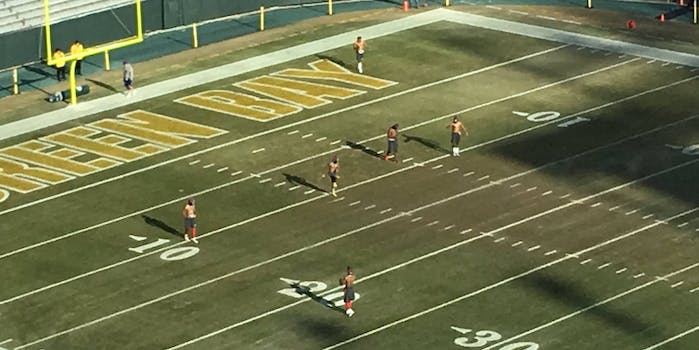 For some reason, the New York Giants are warming up in 13-degree weather

Will it help the Giants win? Probably not.

How cold is it in Green Bay, Wisconsin, a few hours before the Packers take on the New York Giants in an NFL playoff game on Sunday? This cold. 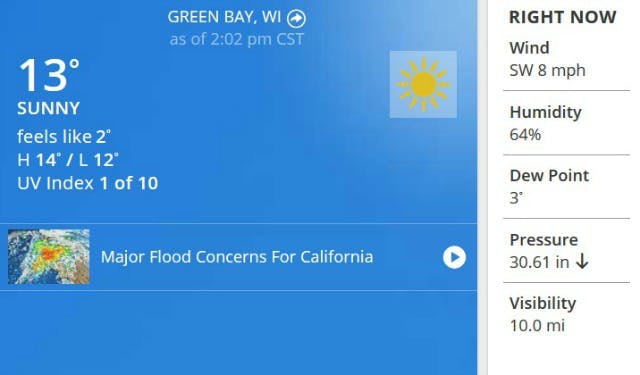 But that apparently isn’t frigid enough to compel Giants receiver Odell Beckham to actually wear a shirt outside.

Odell Beckham Jr. warming up at Lambeau. Shirtless and in shorts. #frozentundra pic.twitter.com/HM64e196f5

Odell Beckham went inside to get some shirtless teammates to join him. … pic.twitter.com/lZcrkVWhP7

Don’t worry about New York suffering from frostbite, though. The Giants didn’t stay in the cold for too long.

That lasted about a minute. They all went inside. Except for Rashad Jennings. He's still there, shirtless. pic.twitter.com/WPD8UFo368

The game will be played on Fox, but in case you’re not around a TV, there are also plenty of ways to stream the postseason contest.