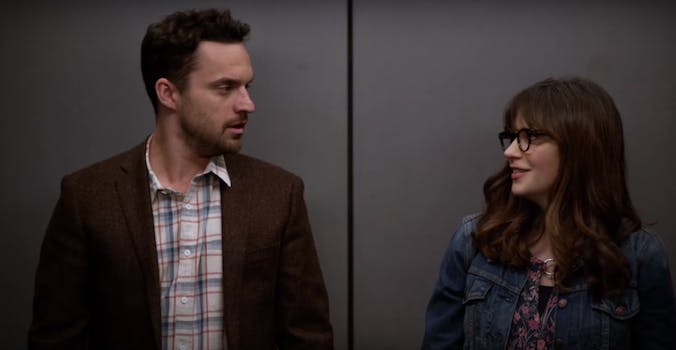 Why the news about ‘New Girl’ should make fans worried

Retreat to your ridiculously oversized L.A. lofts and heat up some pasta to split with your cat, because New Girl is coming to an end.

Recently picked up by Fox for a seventh and final season, the sitcom has gotten an eight-episode renewal to close out its story. And although eight episodes isn’t long, it makes sense that New Girl is nearing the end. With most of the characters paired off, and on-again, off-again Nick (Jake Johnson) and Jess (Zooey Deschanel) reuniting at the end of the last season, now seems as good a time as any to end a show which has been a six-year romantic comedy.

But that’s not all New Girl has been. Billed initially (and frustratingly) as a vehicle for Deschanel, the show soon settled into a groove by giving more weight to the ensemble. New Girl became the heir apparent to shows like Friends and How I Met Your Mother, which is to say it continued the tradition of shows about hip, young urbanites, living and sleeping together while trying to make it in the city—a “hangout show.” It also bested its predecessors in diversity, featuring a refreshing amount of non-white characters rotating in and out of the cast. Those characters also evolved in surprising ways. Who would’ve thought that Winston would turn into the weirdo fan favorite he eventually became based on his first appearance in season 1?

While fans have always been invested in the Nick/Jess romance, series creator Liz Meriwether has acknowledged herself that it’s a lot harder to write couples than single people. By season 5 the show had changed so much that when Deschanel went on maternity leave, some questioned whether she needed to come back at all.

That’s why the news that the show’s final season will begin with a three-year time jump is disconcerting. New Girl is best when it’s functioning as a goofy ensemble comedy. It’s not that its more plot-driven episodes aren’t good, so much as that the plot is best when buried under several layers of wackiness. That and the fact that other shows have struggled to pull off similarly ambitious moves in their final seasons should be enough to give New Girl fans cause to worry.

This kind of experimentation has been going on as far back as Newhart and the just-renewed Roseanne. Hell Roseanne’s initial ending was as weird as sitcoms get. In its final year, the show found the Conners winning $100 million in the lottery, thereby upending the working class roots Roseanne Barr’s groundbreaking series was so acclaimed for. To make things worse, it turned out in the last episode that Roseanne’s husband, Dan (John Goodman,) had died of the heart attack he suffered in the prior season. Everything fans had seen in the past year, i.e. the lottery, etc., had just been a delusion.

Even sitcoms that hold up extremely well have divided fans with gimmicky last seasons. Depending on whom you ask, the final season of Parks and Recreation, which also jumped several years into the future, is either the show’s strongest ever or it undermines everything that came before it. But no matter how you feel about Parks and Rec’s last year and the way the show played with time, one has to admit it was a little strange to see a show which had previously been so earnest making jokes about the near future (they predicted the Cubs World Series win, by the way) and wild technology.

The worst offender in the pantheon of ridiculous sitcom endings though has to be the aforementioned How I Met Your Mother. Forget the famously awful series finale for a second, and remember that before it aired, fans had to endure a whole season that took place in just one day. That’s right: Season 9 of the until-then beloved show had such huge issues figuring out how to move the story forward, not to mention getting the cast all in one place, that it figured it would be a good idea to place all of the main action into a 24-hour period. Of course, this was HIMYM, so there were still plenty of flashbacks. But by devoting the final season to Barney and Robin’s wedding, only to undermine that very event in the finale viewers had been waiting years to see, the creators produced one of the worst final seasons of any popular show.

Dramas use time jumps regularly (Lost, Battlestar Galactica, Mad Men) and also tend to experience varying degrees of effect with the device. The difference is that in a sitcom you don’t want things to change too much. Word that New Girl is planning to include many major “milestones” in the final season means a series of trap doors. We all want to see Jess and the gang end up in a better place than where they started. But we still want to remember why we fell in love with these characters in the first place.

And yes, we want to see Nick and Jess get married. But we want the dynamic of the friends and the dynamic of the show to stay the same. If everyone is off leading separate lives (the shooting schedule may be tough, as Deschanel recently had her second child), or, God forbid, there’s a hint that one of our beloved couples might be on the rocks, fans will quickly get impatient.

Remember when Pam and Jim were going to break up in the last season of The Office? Except they weren’t, because that would never happen? Don’t do that. Don’t do a HIMYM and put Nick and Jess together just to break them up again. Don’t kill anyone off. If characters are feuding, please resolve it by the finale. And don’t do a twist ending where things end up way more depressing than they should be.

This is a sitcom, after all. New Girl had a lot of smart things to say about relationships, but in the end, it existed to make us laugh. There are a lot of unanswered questions, but one thing seems safe to say, and that’s that the less complicated its final eight episodes are, the better.