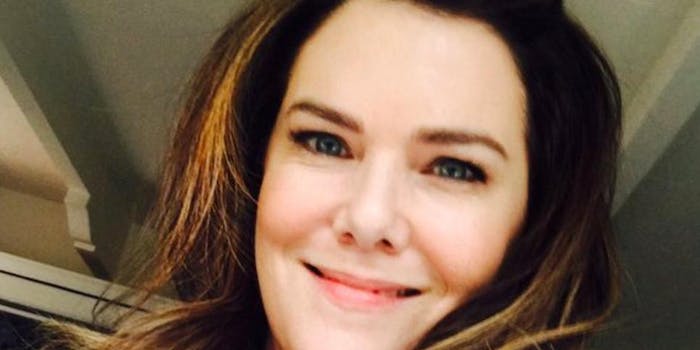 Let's hope for a Rory-Dean reunion.

For the past few months, rumors have been circulating that there was a Gilmore Girls reunion secretly percolating. Fans have since waited on the edge of their seats to see if their favorite mother-daughter duo would return to Stars Hollow.

With a joyous tweet late Friday, Lauren Graham confirmed that Gilmore Girls will be back.

I CAN NOW CONFIRM: it's time for me, and this jacket I stole in 2007, to return to work.@netflix #GilmoreGirls pic.twitter.com/tBb07J9oO1

If, for some reason, you feel like you cannot trust Lorelai Gilmore herself, Netflix confirmed the news with a tweet of its own.

As for what the plot of the new episodes will be, nothing has been released yet. I know that Jared Padalecki is busy on another mega-successful TV show, but let’s hope for a Rory-Dean reunion.