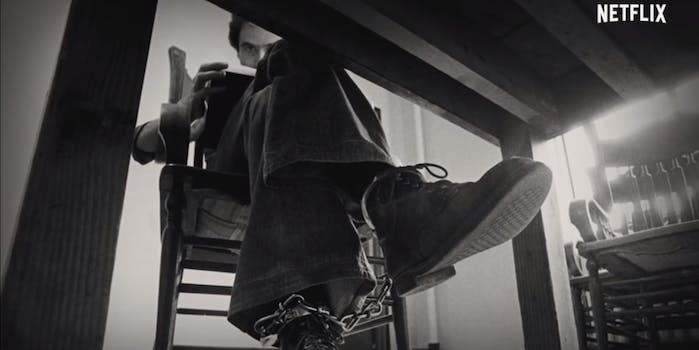 “He didn’t look like anybody’s notion of somebody who would tear apart young girls.”

So begins the trailer for Netflix’s upcoming docuseries chronicling the deeds of famed serial killer Ted Bundy. Billed as “America’s most notorious serial killer,” Bundy confessed to 30 killings—“though the actual number of his victims remains unknown,” according to CrimeMuseum.org.

The docuseries, based on a book sharing its name, chronicles the life and motivations of Bundy, often in his own words. It promises “present-day interviews, archival footage and audio recordings made on death row.” The book, written by Stephen G. Michaud and Hugh Aynesworth, was originally released in 1989. The words within it are drawn from hundreds of hours of exclusive interviews with Bundy. The authors spent weeks with the 42-year-old in the lead-up to his Jan. 1989 execution.

The series will premier on the 30-year anniversary of that day. It will examine the motivations behind Bundy’s killings, delve into the mind of a serial killer, and aims to analyze the strange following of American women that flocked to the killer while he was on trial.

The four-part series will precede another Bundy release by two days. On Jan. 26 Extremely Wicked, Shockingly Evil and Vile will tell Bundy’s tale from the perspective of his longtime girlfriend, Elizabeth Kloepfer. The film stars Zac Efron as Bundy and Lily Collins as Kloepfer. The biopic will premier at the Sundance Film Festival in Park City, Utah.

Netflix will share season 1 of Conversations with a Killer: The Ted Bundy Tapes with the world on Jan. 24.