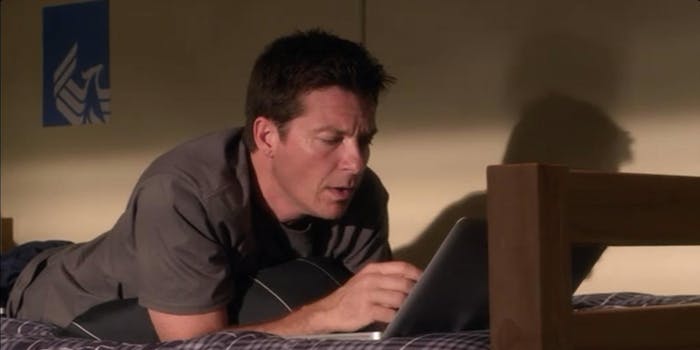 In many countries, the wait for “Arrested Development” continues

There's no telling when fans in Australia, New Zealand, France, Germany, and elsewhere might get to see the new episodes unveiled Sunday.

For Arrested Development fans in North America, the U.K., and many nations in Latin America and the Caribbean, this past weekend was a long time coming.

In case you’ve been living under the ashes of the old banana stand, Netflix released all 15 episode of the cult classic’s fourth season in the wee hours of Sunday. Many burned through the show in a few scant hours, ending a seven-year wait for new episodes with a 7.5-hour binge.

For those in other nations, sadly, the wait may be much longer.

Fans in Australia, New Zealand, France, Germany, and elsewhere have few options to watch Arrested Development since Netflix is not officially available in those countries, and many took to Twitter to vent their frustrations.

Ran home to watch Arrested Development; no Netflix in Australia. They could have left a note ;___;

So has Netflix done any deal in Australia for Arrested Development 4 or is it just going to be torrented?

Help a brother out. I’m in Australia and don’t have Netflix. Where can I watch the new arrested development?

How does an Aussie girl get to legally watch Arrested Development? Anyone?

Aaaaahhhh why is there no netflix in New Zealand? I need to watch arrested development!

It’s really a problem that I can’t watch @arresteddev right now because I’m in France. It seems that study abroad was a huge mistake.

anyone NOT watching arrested development? i’m just bitter cause i can’t get netflix in france.

You can probably translate this last part without Google’s help.

This guy’s wondering how to watch Arrested Development in Germany.

Then, there are those who are doing something about their inability to legally watch the show: They’re downloading or streaming it from other sources.

Downloading Arrested Development because I live in Australia and we don’t have Netflix. These are the times when I hate this country #ad2013

how is it possible that my arrested development download has been on for six hours & is still not done? oh wait, that’s it, it’s australia.

This guy’s asking for French sites that are streaming season 4.

Of course, there’s always the questionable option of using a virtual private network to access Netflix but doing so might result in your account being cancelled.