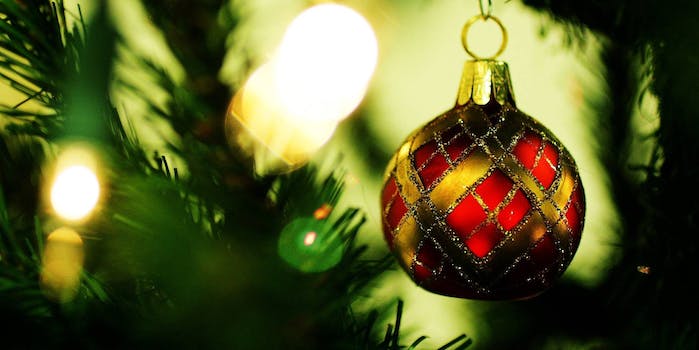 Forget football: Here are 12 holiday films to stream on Netflix

Because nothing says holiday spirit like sitting around the living room watching White Christmas after stuffing yourself with turkey and fixings.

Nothing says holiday spirit like sitting around the living room watching White Christmas after stuffing yourself with turkey and fixings.

Thanks to a nicely curated selection of seasonal films, Netflix has something for nearly everyone. The choices run from timeless classics to romantic comedies set in that time of year when anything can happen. And while the streaming options focus on Thanksgiving and/or Christmas, the films generally lack any sort of proselytizing, so it’s easy to sit back and enjoy. (Or, if you’re watching on your smartphone, lean forward and squint.)

Here’s our slate of a dozen picks—one for each of the 12 days of Christmas.

Steve Martin and John Candy are travelers thrown together on a trek from New York to Chicago. Flight delays challenge their efforts to get home in time for the holiday with the fussy Martin and boorish Candy battling each other and the elements in a memorable John Hughes comedy.

Don’t judge. If you are looking for purely escapist laughter and harmless physical comedy, all signs point to the late Jim Varney, whose Ernest movies made several piles of dough thanks to the titular prototypical goober with a heart of gold. In this 1988 film, Varney is a taxi driver who helps a down-and-out Santa with his special sack of goodies make his deliveries on time.

3) The Nightmare Before Christmas

Often considered one of the world’s best animated classics, Tim Burton’s box office hit tells the story of Jack Skellington (voiced by Chris Sarandon) who goes from Halloween Town to Christmas Town in search of the perfect holiday celebration. The script grew out of a poem authored by Burton and was later turned into a film in partnership with Disney and Touchstone Pictures.

The first of two Tom Hanks-Meg Ryan romcoms (You’ve Got Mail being the second) features Hanks as a widowed Chicago architect whose son has one Christmas wish—a new wife for his dad. This 1993 film is a funny heartstring-tugger in which the couple destined to be together actually don’t meet until the end of the film.

A delightful Richard Curtis gem (he of Notting Hill and Four Weddings and a Funeral fame) featuring a who’s who of British actors with a series of diverse plots that cleanly comes together by the film’s end. This 2003 movie takes place in the weeks before Christmas with Bill Nighy as an aging rock god making a comeback with a new seasonal hit, a true scene stealer.

This 1992 take on Charles Dickens’ famous short novel is an live-action adaptation featuring the Muppets and is the first film released after the death of founder Jim Henson. Long on music and typical Muppet antics, the film features Michael Caine as Ebenezer Scrooge and Kermit the Frog (of course) as Bob Cratchit.

Up there with Plan 9 From Outer Space, Santa Claus Conquers the Martians is regarded as one of the worst films of all time. This 1964 science-fiction throwback is noted for being a prime object for ridicule by MST3K, RiffTrax, and pretty much every gathering where those viewing have gone a bit heavy on the holiday grog.

Perhaps bending the rules a bit, this 2001 holiday film is of the made-for-TV variety. Whoopi Goldberg winds up taking over for Santa after Mr. Claus decides to hang up his sleigh after 200 years on the rooftops. The film is geared to deliver a message about the spirit of the holidays, but honestly, it’s just fun to see Whoopi Goldberg in a furry red suit.

On the heels of his great success in Ghostbusters, Bill Murray parlayed his fame in this 1988 film, which was yet another remake of the Dickens classic.

Murray, as only he can, plays a grumpy TV executive who has found fame and fortune at the expense of his personal life. A rather eclectic cast of Carol Kane, John Forsythe, Bobcat Goldthwait, and Robert Mitchum assume the usual roles in Christmases past, present, and future.

It’s must-watch for Bill Murray fans. (That covers pretty much everyone.)

Bing Crosby and Danny Kaye are World War II buddies turned entertainers in this 1954 classic. It’s a spin on the old “let’s put on a show” routine made popular by the likes of Judy Garland and Mickey Rooney. Crosby and Kaye come to the aid of their former commander who has sunk his life savings into a ski lodge in dire need of cliente.

And yes, it features the song “White Christmas,” penned by Irving Berlin.

Although not in keeping with the biblical message of peace on Earth, good will to all men, Trading Places brings together the comic genius of Dan Aykroyd and Eddie Murphy as two men who willingly switch places at Christmas on a bet between two orney old coots (Ralph Bellamy and Don Ameche). The scene of Ackroyd dressed in santa suit, with large turkey leg in hand, on the bus in Philadelphia is priceless. Actually, all of the scenes in this 1983 John Hughes film are priceless.

It’s a bit of a bummer, but the lone Hanukkah film, Eight Crazy Nights, is only available as a DVD rental on Netflix. If you order now, you can beat the crowd; the festival of lights starts sundown Dec. 16.