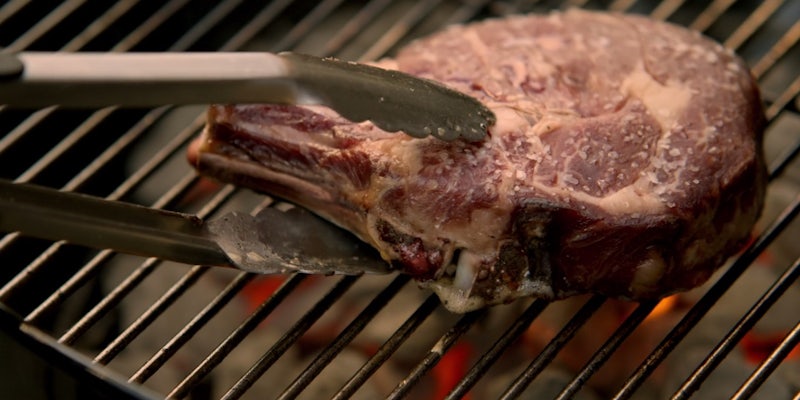 As a piece of pop-science, 'Cooked' is far closer to Bieber than Boas.

Michael Pollan wants you to appreciate that it was only when we began to cook that we truly became human—a telling notion reflected in our physical composition compared with those other beings that have not yet harnessed the power of fire.

And he worries that instead of giving food its required reverence, we pay lip service to the cornucopia—filling the time we used to spend cooking with watching shows about food that we cannot taste and are too lazy to replicate.

So what then does he do with Cooked, the Alex Gibney-directed Netflix documentary series based on his book of the same name? Does he enmesh us within the science of the desire for something more than mere sustenance? Does he assemble a thesis to interrogate the hunter-gatherer model? Does he stun us with revelations?

Hardly. In the first episode, he heads south to watch a free-range rare-breed hog being barbecued and attempts the same at home—just like every other foodie-travelogue-eat-better-cooking-adventure made in the past decade. Only this time the soundtrack’s a little more somber and the host a little less engaging.

As a piece of pop-science, Cooked is far closer to Bieber than Boas even if it doesn’t realize it itself. Each episode is tangential, if not nebulous, starting at interesting points but then diverting us down well-traveled, even obvious terrain: Did you know cooking food makes it easier to eat? Or that fast food includes ingredients that you wouldn’t normally cook with at home? Were you aware that corporations—you may be shocked here—prey on us by marketing the consumption of their food as an easy alternative to making something yourself?

There’s just so much filler here that goes without saying. While I loved the slow-motion shots of food searing or bubbling away, they were sort of spoiled by Pollan explaining, as if his audience were streaming from Saturn, that food, once heated would release an aroma.

What Pollan doesn’t seem to realize is that although our physical disconnect with food is increasing, our—theoretical, if not practical—knowledge, a product of the food entertainment industry, has never been greater. Just because most of us no longer pull singed lizards out of the earth, doesn’t mean we don’t know that our steak is from a cow. Indeed now, such is the proliferation of information provided with high-end food, you’re more than likely to be told which cow it came from and whether it preferred the Beatles or the Stones.

There is mystery still surrounding the provenance of some processed meat, but those who don’t at least worry about what’s in their burger are unlikely to watch a program such as this anyway. And for those who do care, they do so because we have heard Pollan’s arguments ad nauseam, and adhered. If there is a void in the modern entanglement of humanity and food, it is not one that will be satiated by a television program but rather by getting our hands dirty.