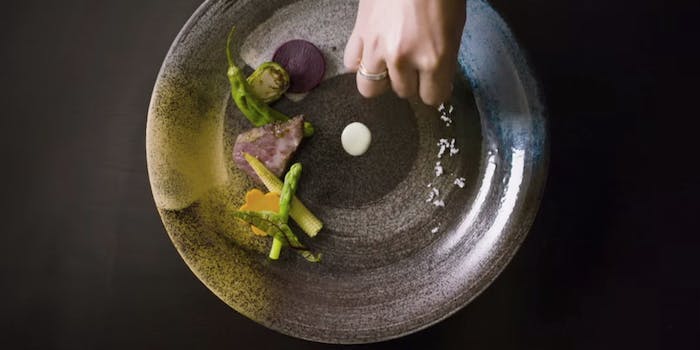 Get in my belly.

Netflix is premiering a show unlike most of its original programming. Chef’s Table takes viewers inside the lives and restaurants of six world-renowned chefs—and it’s a feast for the senses. Non-foodies will enjoy it, but for foodies? This is your new favorite show. Watch a sneak peek in the trailer below.

The six-episode show is beautifully shot, giving viewers a real sense of place for each chef, showing off not only the chef’s kitchen, but their lives working in the food industries of six very different countries.

The show is available in its entirety as of Sunday, April 26 on Netflix.