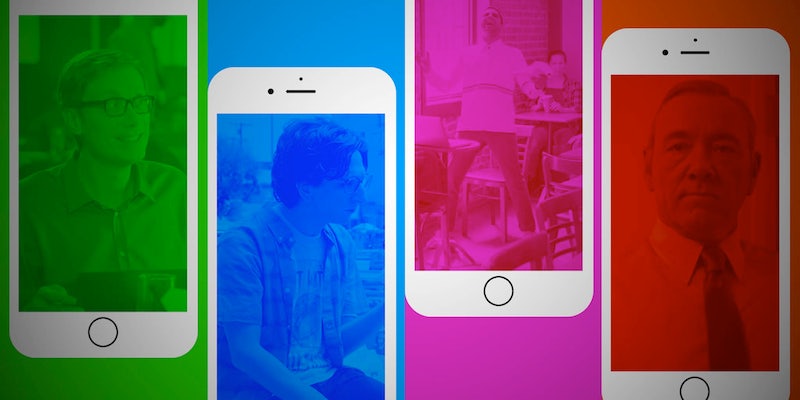 Netflix reveals which shows people savor and which ones they devour

Are you a savorer or a devourer?

Netflix famously doesn’t share viewership data with anyone, but an infographic the company dropped this week offers insight into what kinds of shows we binge-watch.

Netflix essentially created the modern phenomenon of watching TV episodes en masse over a short period of time, so its employees know what they’re talking about (and have years and years of data to back it up) when they discuss bulk-viewing habits.

The company looked at data from more than 190 countries between October 2015 and May to see how much time people spent watching more than 100 titles.

The median viewing time was more than two hours, according to Netflix’s data, and the median time to finish watching a show was six days.

The result is the “binge scale.” 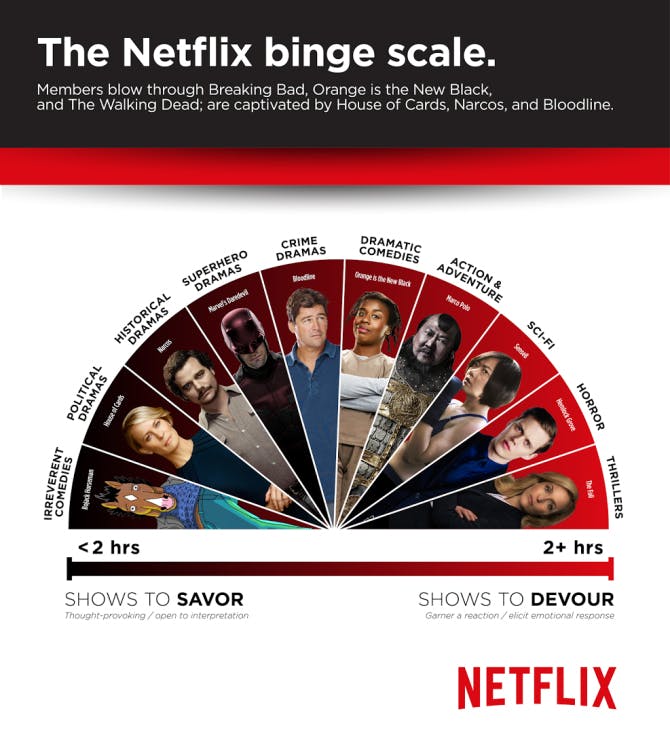 It may not be the most conclusive data in the world, but it does invite you to ask yourself: are you a savorer or a devourer?